The much-awaited first teaser of Prabhas starrer Adipurush will be unveiled in a few hours in Ayodhya. Starring Prabhas, Kriti Sanon, Saif Ali Khan and Sunny Singh, the film has grabbed the eyeballs since its inception. After dropping the much first poster earlier this week in which Prabhas plays Lord Ram, fans finally will be given a glimpse into the world of Ramayana by Om Raut. The much-anticipated teaser will be unveiled on October 2 on the banks of river Sarayu in the holy land of Lord Ram, Ayodhya, Uttar Pradesh. The grand event had the attendance of superstar Prabhas and Kriti Sanon along with director Om Raut and producer Bhushan Kumar. 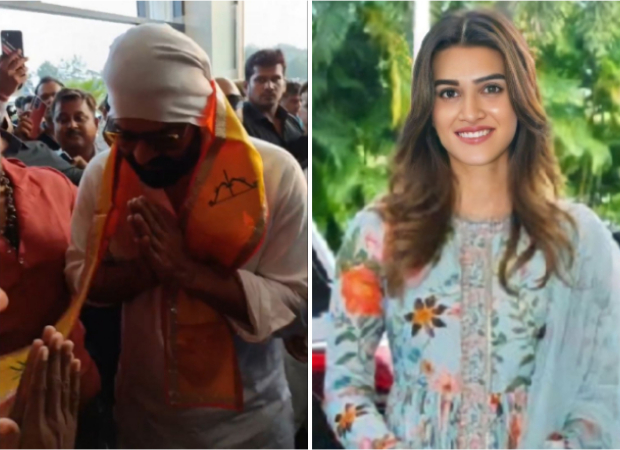 Prabhas arrived in Ayodhya amid much fanfare. Videos from his arrival have gone viral on social media as the actor was dressed in all white while surrounded by his team, paparazzi and all the cheers from fans.

Kriti Sanon, Om Raut and Bhushan Kumar were seen leaving earlier in the day for Ayodhya too.

ALSO READ: BREAKING: 50 feet HUGE poster of Adipurush to be unveiled at Ayodhya; 10,000 fans expected at the event; 250 policemen deployed