Mimi was released four days before its release date as the movie leaked online, which made makers decide to release it on July 26, instead of July 30.  Since its release, the Kriti Sanon and Pankaj Tripathi starrer Mimi have been garnering great responses from the critics and the audiences. South actress Samantha Akkineni also liked the movie immensely and showered the lead pairs Kriti Sanon and Pankaj Tripathi with praises. 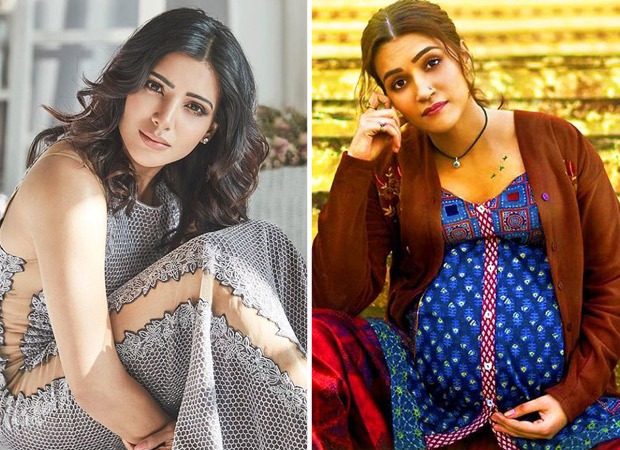 Samantha took to her Twitter handle and poured her heart out about the film and wrote, "Absolutely loved Mimi... Kriti Sanon, you were absolutely fantastic.. so beautiful and honest performance and Pankaj Tripathi sir...congratulations to the entire team." 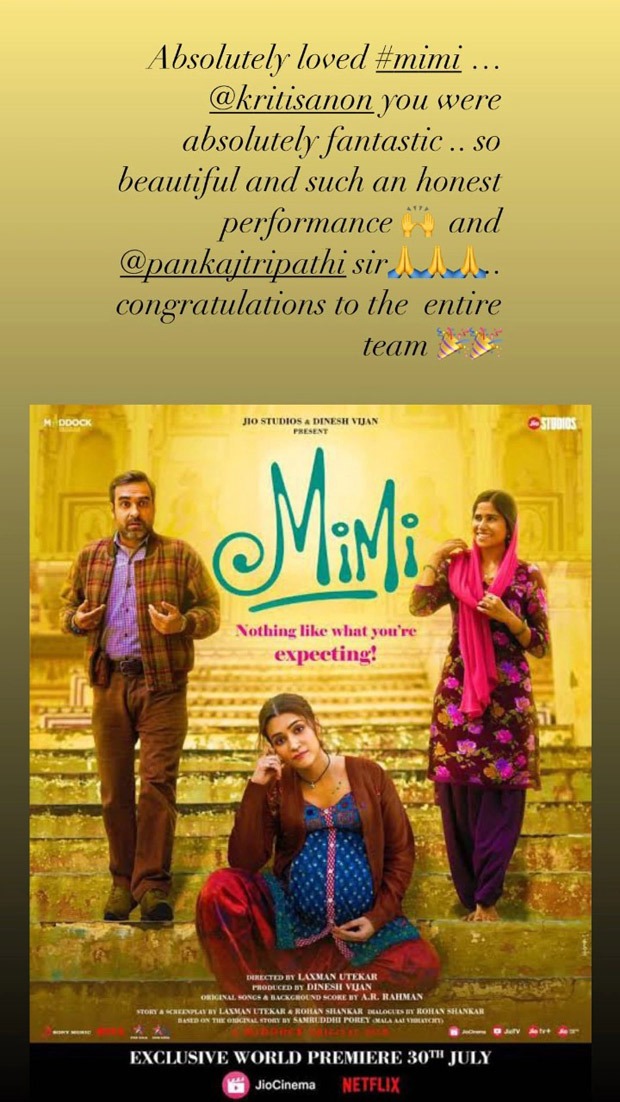 Mimi is a comedy-drama directed by Laxman Utekar and produced by Dinesh Vijan. It stars Kriti Sanon, Pankaj Tripathi, Sai Tamhankar, Supriya Pathak, and Manoj Pahwa in pivotal roles. Bollywood celebrities have also liked Mimi and have been applauding Kriti and the makers of Mimi for the fresh content.

Kriti Sanon will next be seen in Adipurush directed by Om Raut opposite Prabhas and Bhediya by Amar Kaushik along with Varun Dhawan.