Actors Abhishek Bachchan and Yami Gautam are back on a film set. After the shooting of completing Bob Biswas and Bhoot Police respectively, the actors kicked off the shooting of their next titled Dasvi in Agra. 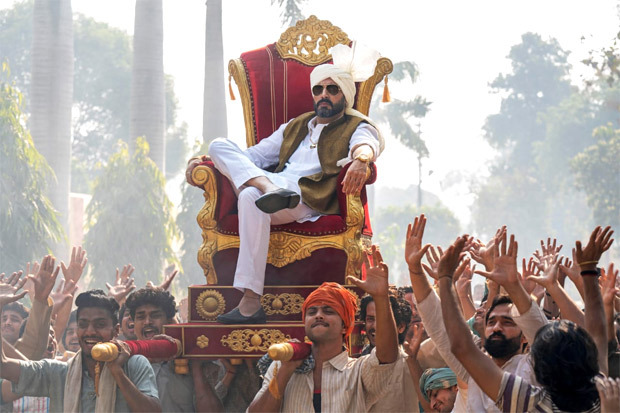 The film is already on the 10th day of shooting. As the actors are busy working on this first schedule, Abhishek Bachchan shared a new still from the film. Donning a kurta, pyjama with half-jacket, and a turban, he is being carried on a chariot by several men. Flaunting his powerful stature, he wrote, "#Dasvi का दसवा दिन."