Actress Anushka Sharma has been stationed in Dubai as Indian Cricket Team Captain and her husband Virat Kohli is currently busy with the Indian Premier League (IPL) 2020. Amid the pandemic, the cricket tournament shifted to Dubai. Two days ago, Virat Kohli's Royal Challengers Bangalore celebrated their win after defeating Rajasthan Royals. 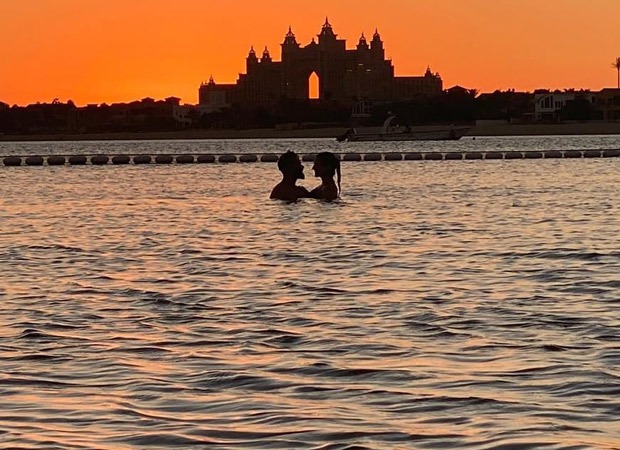 Post the game, the RCB team celebrated by enjoying some free time by the beach. They all went cruising and the pictures from their trip have surfaced online. RCB player and South African cricketer AB De Villiers captured a beautiful romantic moment between Virat Kohli and Anushka Sharma who were enjoying whilst swimming in the sea amid the beautiful sun setting in the background.

Virat Kohli and Anushka Sharma are expecting their first child. The actress' due date is in January 2021.

On the work front, Anushka Sharma was last seen in Aanand L Rai. She produced two projects this year - Pataal Lok and Bulbbul.