Kriti Sanon, who was last seen in the rom-com Luka Chuppi and in a song in Kalank, is all set for an interesting year ahead. The actress, who has a lineup of over three films in the pipeline, recently shared a workout video whilst she was training with her fitness trainer Yasmin Karachiwala. Going by the post, it seems that the actress had met Yasmin after a long time and she had the funniest caption about it! 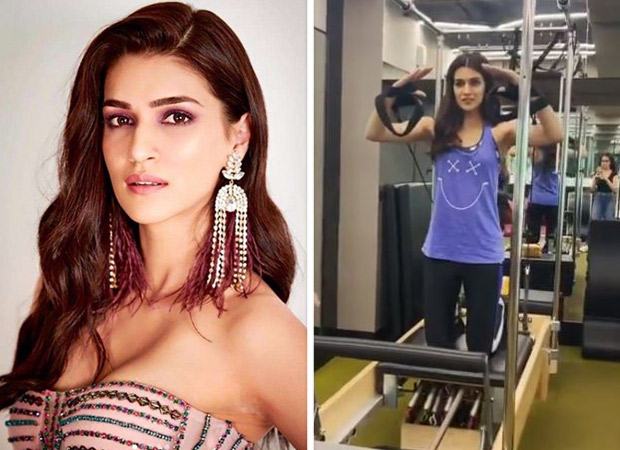 Kriti Sanon shared this video of her working out along with a note that read, “Hail Yasmin! ???? This is what she makes me do when i workout with her after ages! @yasminkarachiwala was sooooo good seeing you! ?? Remember our deal! ??” Here’s a glimpse of the post:

Hail Yasmin! ???????? This is what she makes me do when i workout with her after ages! @yasminkarachiwala was sooooo good seeing you! ❤️ Remember our deal! ????

On the work front, Kriti Sanon will next be seen in Arjun Patiala along with Diljit Dosanjh and Varun Sharma. Set against the backdrop of Punjab, the film is a comedy directed by Abhishek Chaubey and is slated to hit the big screens on July 19. Apart from that, Kriti will also be a part of the multi starrer Housefull 4 where she will be playing the love interest of Akshay Kumar.

The other films of the actress include the historical drama Panipat, directed by Ashutosh Gowariker, starring Arjun Kapoor and Sanjay Dutt. This will be her first period drama in which she will be paired alongside Arjun for the first time too!