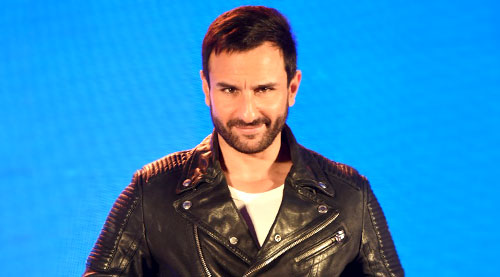 1. Phantom is the third film of Saif Ali Khan where Pakistan has been named as a terror-harbouring state. Kurbaan and Agent Vinod, both featuring Saif with his better-half Kareena, did not work at the box-office.


2. Its Katrina Kaif for Saif in Phantom. The two were together in Race. But Saif's character didn't fancy her in Race. There's no telling about tastes.


3. Before Phantom, director Kabir Khan offered New York to Saif Ali Khan. But Saif was busy with Kurbaan which was almost identical. He declined New York.


4. Saif Ali Khan had worked with Kareena Kapoor in Omkara. But they actually fell in love during the Ladakh location shooting of Vijay Krishna Acharya's Tashan. Kareena returned to Mumbai and broke off with Shahid Kapoor. The couple has never looked back since then.


5. Saif and Kareena plans to start a family together after they move into the home that they've built together.


6. Saif is very close to Kareena's sister Karisma Kapoor. Karisma turns to her brother-in-law for advice on all important matters.


7. Saif Ali Khan was married to Amrita Singh for 13 years. It is said that Kareena Kapoor attended Saif's wedding with Amrita. She was 10 then.


8. Kareena Kapoor has been in more 100-crore films than Saif. In fact Saif has not been in a single 100-crore film yet while Kareena has crossed even the 300 crore club with Bajrangi Bhaijaan.


9. Curiously Phantom is Saif's first literary adaptation since Parineeti. While Parineeti was based on Saratchandra Chatterjee's classic, Phantom is based on journalist Hussain Zaidi's contemporary novel Mumbai Avengers. Saif plays a character named Daniel. And that was the original title of the film.