We all know that Ranveer Singh has an infectious energy that leaves people in awe of him. Being his usual entertaining self, we must say that the actor is having a gala time with his boy gang on the sets of '83 as they shoot in Dharamshala. We recently found a few videos where the actor was seen enjoying his bus journey along with his gang and decided to make it interesting by recreating some Bollywood chartbusters. 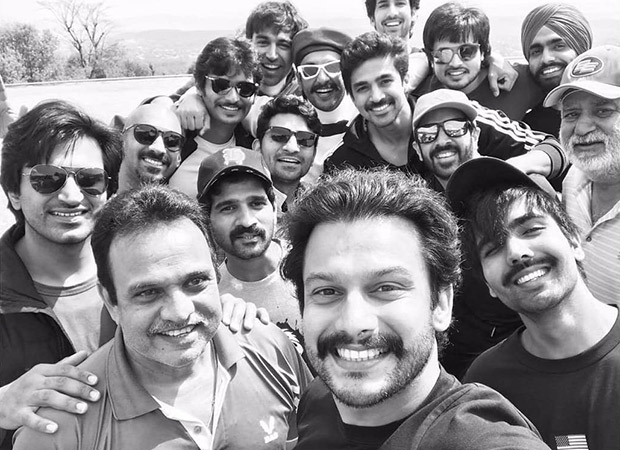 One of the videos featured Ranveer Singh rapping! The actor had rapped for his recent release Gully Boy which was based on the life of Mumbai street rappers. The actor went on to rap his chartbuster 'Apna Time Aayega' as his colleague-friends captured the video of the same. Going by it, it looked like they were truly having a gala time.

Besides that, the actor also recreated songs like 'Tum Toh Tehre Pardesi'.

The boy gang party continued even as they were in the room. Another video features the actor and the rest of the 83 team grooving to his Befikre chartbuster 'Nashe Si Chad Gayi'. Here have a look:

'83, directed by Kabir Khan, will recreate India's most iconic moment in the history of cricket – it’s first win in the 1983 World Cup. The film stars Ranveer Singh as Kapil Dev along with Tahir Raj Bhasin, Ammy Virk, Saqib Saleem, Sunny Kaushal, Sahil Khattar, Dhairya Karwa, Chirag Patil amongst others. The film is expected to be shot in India and abroad and will be releasing on April 10, 2020.

Also Read: This picture of Ranveer Singh with Kapil Dev from the sets of ’83 will make you curious about the film!