Saira Banu says Shah Rukh Khan is like the son that she & Dilip Kumar never had. Here are 7 similarities between Dilip Saab & Shah Rukh Khan. 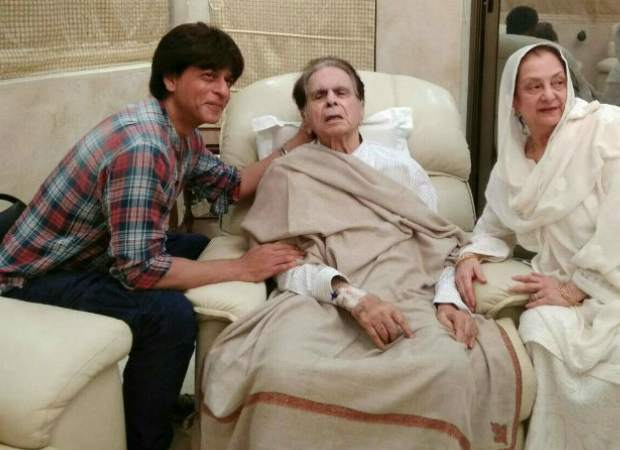 1. Both Dilip Kumar and Shah Rukh Khan are Muslim Pathans who hail from absolutely non-film backgrounds. Both went on to become superstars of legendary proportions.

2. Both married women younger than they. The very devoted Saira Banu is 19 years junior to her husband Dilip Kumar. Shah Rukh Khan's Gauri is 5 years his junior.

4. Dilip Kumar used to be extremely articulate and well-informed in his time. If there's one mind in the film industry that can match Dilip Kumar's it is Shah Ruk Khan's. I've spent ample time with both, so I know.

5. Interestingly they both live in bungalows that are controversial and disputed. Dilip Saab's bungalow in Pali Hill is even now in the news for being coveted by a builder. As for SRK's bungalow Mannat it is always in the news.

7. They both have a huge fan following in Pakistan. Dilip Saab was once awarded the highest civilian award in Pakistan. Given today's political climate Shah Rukh wouldn't dare accept it.