A wised-up thought that style is the simplest way to say complicated things has been quite rightly grasped by the some of the tinsel town denizens. Not only do they fashionably document their style shenanigans on the new age digital journal, Instagram but also keep revamping StyleGoals with every season for mere mortals like us. This week’s glitterati, who made us fall in love with their sartorial styles, include Deepika Padukone, Sonakshi Sinha, Aditi Rao Hydari, Karisma Kapoor, Athiya Shetty, Anushka Sharma. With the rising brigade of fashion stylists carefully curating the looks of these celebs and the celebs too pulling them off with an enviable flair of elegance, we see no reason why you too can be their sartorial high-end twins or to create a signature look.

While each of these celebs channelled a vibe, red carpet, promotional and party, we are absolutely in love with these celebs, who have glorified some amazing styles for us to take cues from. Curious, much? Let’s zoom through this week’s best-dressed celebs… 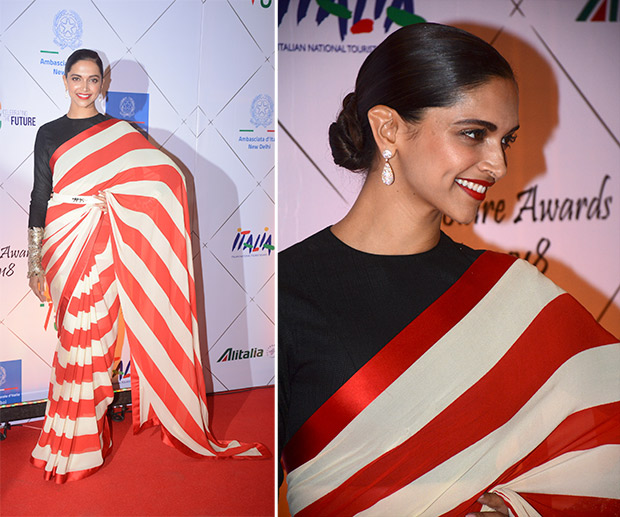 The diva accepted an award from the Italian Consulate and flaunted her love for feted designer Sabyasachi for the umpteenth time; this time with a striped red sari teamed with a black full-sleeve blouse and a white tiger crest belt, all from Sabyasachi. The blouse featured shimmery details at the cuffs. A crisp hairdo, courtesy hairstylist Nisha Gulati and a subtle makeup of defined eyes and bright lips, courtesy makeup artist Anil rounded out her look. A simple yet chic look, Deepika Padukone aced the easy does it game impeccably. She was styled by Shaleena Nathani. 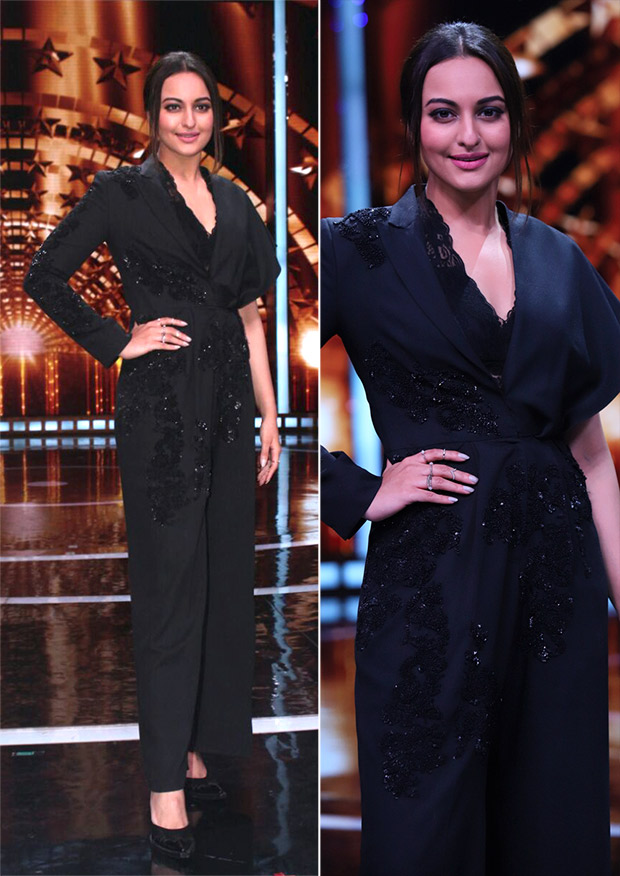 Promoting her flick Welcome To New York on the reality show, India’s Next Superstars, Sonakshi Sinha donned an all-black look featuring an Ashish Soni jumpsuit and Givenchy pointy toes. While the jumpsuit featured a dash of bling, Sonakshi showcased a ring by Aurelle keeping her makeup subtle coupled with a sleek pulled back hairdo and stray strands.  Exuding understated glamour, Sonakshi Sinha’s minimal style had us hooked. She was styled by Mohit Rai. (Also Read: Diljit Dosanjh reveals Salman Khan is a part of Welcome To New York) At the unveiling of her upcoming movie Daas Dev’s first look, Aditi who was styled by Sanam Ratansi of Style Cell, chose a casual vibe and flaunted a long checkered dungaree from Zara featuring wide straps, square-cut neckline, front button details, and side pockets. She teamed them with a white shirt rounding out the look with a subtle makeup and sleek hair left open. Effortless chic, Aditi’s look is certainly the perfect outfit to flaunt in summers. 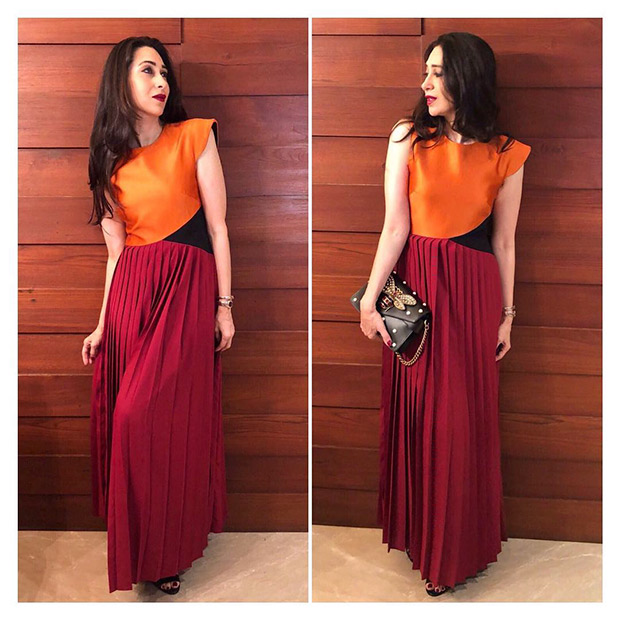 Stepping out to celebrate her father Randhir Kapoor’s 71st birthday, Karisma Kapoor was styled by her go-to stylist Eshaa Amiin. She flaunted an #OOTN featuring a colour block pleated dress from Bhibhu Mohapatra and teamed it well with a Gucci bag and open-toed sandals. Bold lips, defined eyes and sleek blow-dried hair rounded out her look. Pushing the envelope for the minimalist style, Karisma Kapoor aced the colour-blocking game with this look. 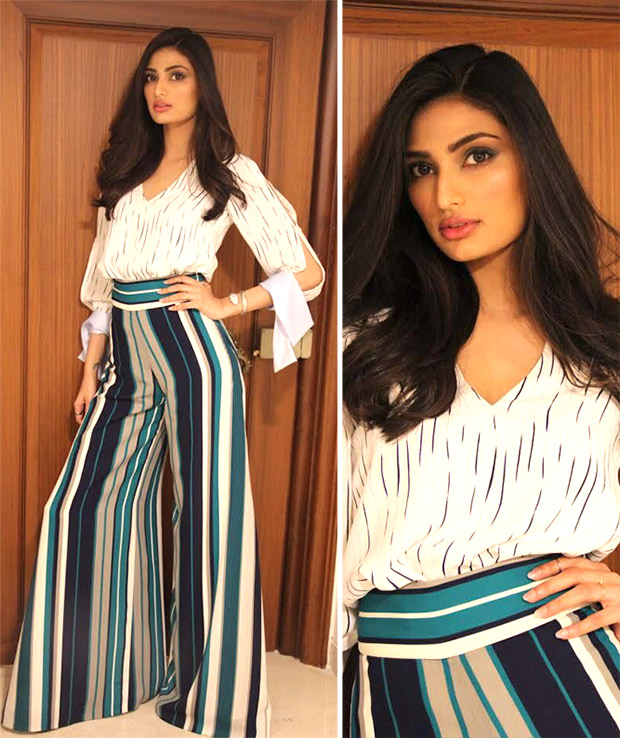 Weekly Best Dressed: Athiya Shetty in a Lola by Suman B ensemble[/caption]

The diva has flaunted her love for the eternal stripes quite a few times. Revisiting the good old stripes yet again, the diva who was styled by Ami Patel and Sanjay Kumar Dauhaliya teamed separates of a teal colour block striped flared leg trousers and striped slit sleeve detailed top from the SS'18  Verano collection of Lola by Suman B. She topped off the look with a statement bracelet and a subtle makeup of pink lips, defined eyes and wavy hair. Chic as usual, we loved Athiya’s #OOTN as she attended Karan Johar’s V-day bash this week. 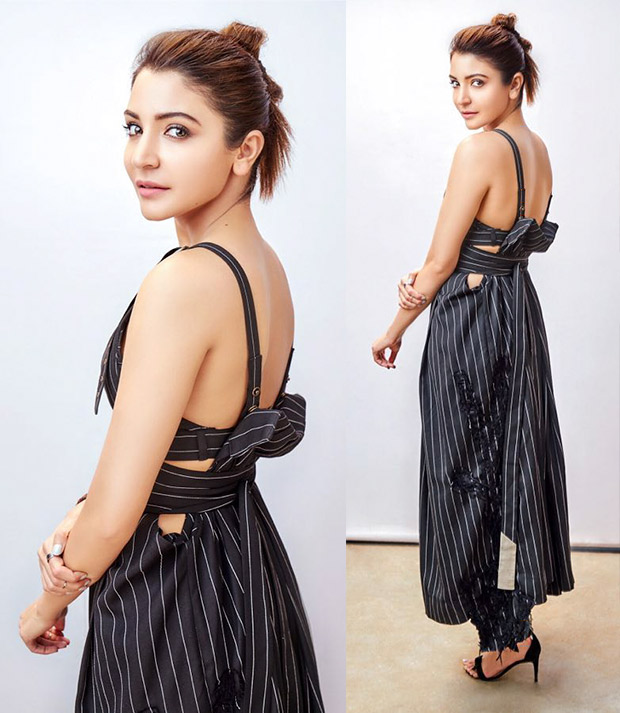 Giving us looks that are simple to emulate but high on the chic quotient, these minimal styles certainly had us swooning over. Do let us know your views! Stay tuned to Bollywood Hungama for more such updates and stay stylish!