1. She was very shy of meeting people. But everyone wanted to just see her. There would be a congregation of darshaks at any given time. I have been a personal witness to the congregation. When I'd come down from her small clean apartment on Peddar Road the Lata darshaks would ask, 'Kaisi hain woh, unke baal kya sachmuch zameen ko touch kate hai...?' For a few minutes I'd become God emissary for them. I've never heard of such reverence for any artiste in any part of the world. 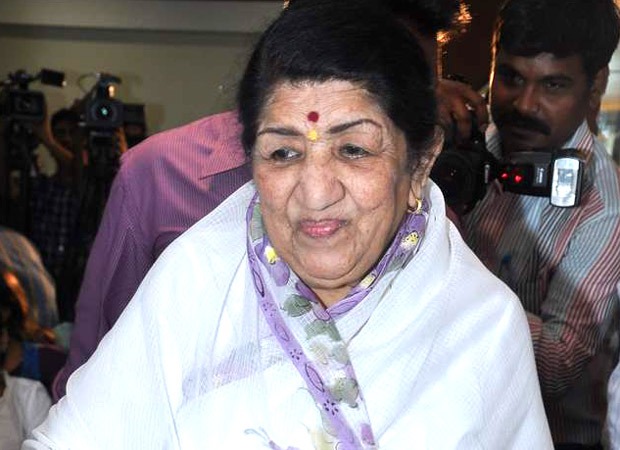 2. I am proud to say I am perhaps the only outsider who has seen the private room that she lived in when not recording. It was the most cherished moment of my life. I was sitting with her in the community hall on the ground floor of her residence Prabhu Kunj when there was a lunch break. Didi looked up from her songbook and with the heavenly smile she said, "Aap mera kamra dekhna chahte hain na?" I barely nodded unable to speak at the honour that was being extended to me. We went up the stairs, Didi and I, into her room. It was spotless and austere. There was a beautiful sandalwood idol of Lord Ganesha in a glass cabinet. That apart there was nothing in there to suggest that civilization's most accomplished artiste lived in it.

3. Didi was the most generous soul I've ever met. She sent gifts to so many artistes in the film industry. Jaya Bachchan and Hema Malini have received beautiful handpicked Sarees from her. Sanjay Bhansali has also received gifts from her. She said it was her nature. "I do it to make myself happy. Mujhe gifts bahot pasand hain." She also gave to the needy without fanfare. Once an elderly man from Nagpur asked her for money to get his cataract operation done; he claimed his son and daughter-in-law were denying him the fund needed for the operation. Lataji dialled the number printed on the letter. "I had to know whether his need was genuine on not…the man couldn't believe it was really me calling him," she laughed and told me.

4. Lataji loved laughter. She liked singing the lighter songs as much as the acclaimed serious songs, if not more. But she enjoyed the blithe numbers. "I don't know why a lot of people think singing serious songs is a more serious endeavour than singing the lighter numbers. In fact making people cry is much easier than making them smile." She recalled two songs ‘Tum Mujhse Dur Chale Jana Na’ composed by S D Burman for Ishq Par Zor Nahin and ‘Heer’ composed by Madan Mohan for Heer Ranjha where the atmosphere had gotten extremely dark during the recording. Did Lataji cry while singing these? "I didn't cry. But everyone else present at the recording did," she chuckled.

5. Lataji never listened to her own songs. Never ever. "When they come on television I quickly change the channel. If I hear the sound of my singing wafting in to my home I quickly go into the kitchen and starting banging the pots and pans," she had once told me. Since not a day passes in my life when I don't listen to her for at least an hour, I thought she was joking. But she was not. "If I listen to my songs I would find faults in the singing which you would never be able to detect," she told me.

6. Every once in a while I'd send her rare song of hers on WhatsApp asking if she remembered them. "Where did you get this?" she would laugh. She also sent her songs to me. Nothing that I didn't already know and love. Her last message to me when she was already unwell was a voice note in reply to my anguished text message about why she was not answering calls. "Kya aap humse naraaz hain?" I asked. Her voice note said, "Main kyon aapse naraaz hongi (her childlike laughter). Aapne mera kya bigada hai?"

Also Read: 26! The number of languages Lata Mangeshkar has sung in