Last Updated 04.07.2022 | 6:12 PM IST
feedback language
follow us on
Bollywood Hungama » News » Bollywood Features News » 5 Things we can expect to be featured in the new Top Gun: Maverick that became a rage after the 1986 film

36 Years! That is how long it has been since the release of the 1986 film Top Gun directed by Tony Scott. Starring Tom Cruise and Val Kilmer the film set new records and new trends, with its styling and looks. Now, as we gear up for the release of Top Gun: Maverick, a sequel to the 1986 release, here are five things from the original film which created a rage back in the day that we can see return in an all-new avatar. 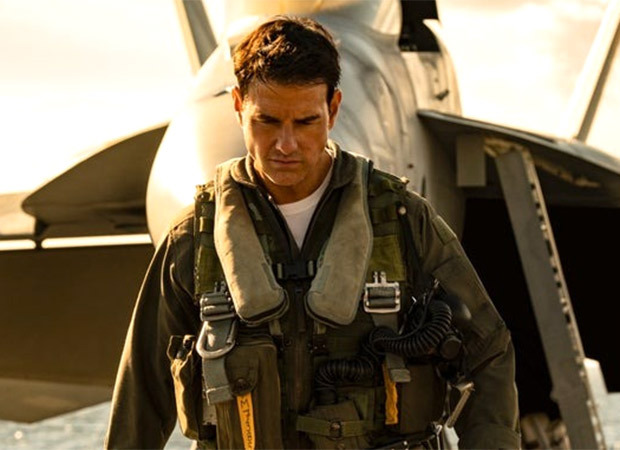 5 Things we can expect to be featured in the new Top Gun: Maverick that became a rage after the 1986 film

Aviators: “That’s right! I am dangerous!” a dialogue from the 1986 film, which certainly still is clear in our memories despite the passage of time. But, what really made this particular sequence pop and become so memorable was the off-hand charisma Tom Cruise’s character Maverick exuded accentuated with of course the Aviators! A commonality today, the stylish yet simple sunglasses shot into the limelight fast becoming one of the most popular trend in sunglasses. Well, with Top Gun: Maverick expect to see this iconic fashion accessory making a big comeback.

Bomber Jackets: While Cruise was seen in his uniform in the 1986 release, what did catch on was his look clad in the one piece of apparel that has since become a staple go to for that rugged look, the Bomber Jacket! Even today, the bomber jacket continues to be one of the most versatile yet stylish pieces of apparel that is able to spruce up just about any look. Come Top Gun: Maverick we are sure the Bomber jacket that continues to be rather popular will get a great boost to its image.

Aerial dogfights: By far one of the first films to have ever featured aerial dogfights, the 1986 film Top Gun featured the fearsome F-14 Tomcat. With the new release comes a new aircraft in the form of the F/A-18 Super Hornet. A replacement to the F-14 Tomcat this fearsome aircraft takes things a notch higher with innovative technology to assist in the nerve-wracking aerial visuals.

Bikes: Like the fighter-jets used in the film another piece of equipment that will be seen getting an upgrade is the bikes. While the 1986 release featured the Kawasaki Ninja GPZ900R that was launched in 1984, Top Gun: Maverick will see its downline the Kawasaki Ninja H2 making an appearance. Interestingly, back in 1986, with the release of Top Gun, the Ninja fast became a household name when it came to high-end sports bikes that were not only fast but also stylish.

Music: Last but not the least is the music. The Top Gun soundtrack is one of the most popular soundtracks to date, reaching 9× Platinum certification and No. 1 on the Billboard Hot 200 albums chart for five non-consecutive weeks back in 1986. Now, with Top Gun: Maverick, we see Hans Zimmer taking over from Harold Faltermeyer and Giorgio Moroder. If that wasn’t all, one can expect the new release to feature some memorable tracks from the 1986 release making a comeback with Kenny Loggins recreating ‘Danger Zone’, Jerry Lee Lewis’ ‘Great Balls of Fire’ and of course the unforgettable Top Gun Anthem! Interestingly, replacing Berlin’s iconic ‘Take My Breath Away’ will be Lady Gaga’s ‘Hold My Hand’.