1. Because it’s Luv Ranjan, the game changer from Pyaar Ka Punchnama and Sonu Ke Titu Ki Sweety. This time Ranjan produces the film. His long-time collaborator Akiv Ali directs what I suspect would be one of the sassiest rom-coms of the year. 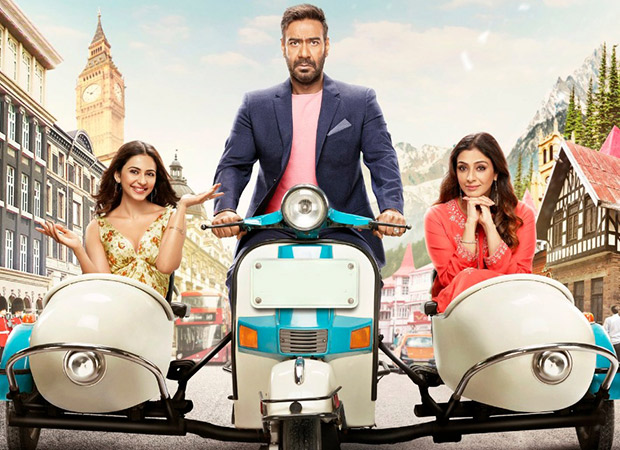 2. Because it’s the entrancing Jodi Ajay Devgn and Tabu. The pair has come a long way since they first came together in Vijaypath. In their most recent outing together Drishyam they were not paired together. Neither for that matter, are they conventionally paired this time. How are they paired in De De Pyaar De? Ah, that would be telling.

3. Because this year we’ve had no really enlightened rom-coms. The big ones have been dark and menacing Uri type with lots of aggression and attitude. Ironically the only silly film that has done well this year is Total Dhamaal with Devgn in a fully goofy avatar. How about a sensible frothy entertainer with Mr Devgn?

5. Because Rakul Preet Singh deserves a break in Bollywood: She has been twice unlucky in Hindi. Her first Hindi film Shimla Mirch never got released. Her second Hindi film Aiyaary never took off. Time for Rakul to get third-time lucky? Interestingly in Shimla Mirch Rajkummar Rao played Rakul’s boyfriend who falls for an older woman (Hema Malini). In De De Pyaar De Rakul plays the love interest of a 50-year old man married to Tabu.

Also Read: De De Pyaar De: Ajay Devgn REVEALS about what Kajol does when he stares at OTHER women!