Ajay Devgn and Kajol are married for two decades and the couple has some interesting anecdotes to share often when they are asked about their marriage life. But it is also true that they respond to these questions, albeit with quirks! They often take these things with a pinch of salt, so when Ajay was asked if Kajol has ever found him staring at women, he had an apt reply on it! 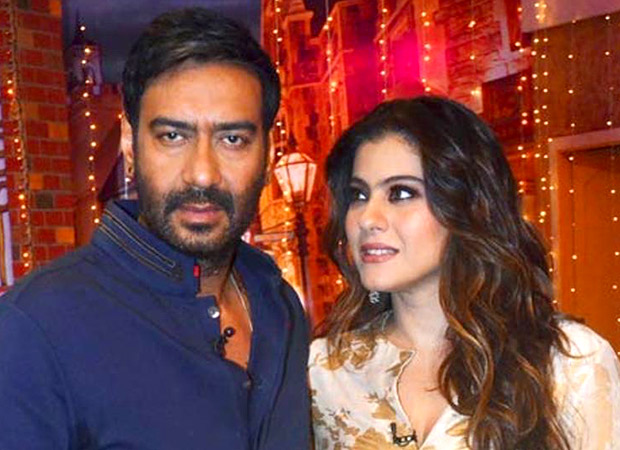 De De Pyaar De: Ajay Devgn REVEALS about what Kajol does when he stares at OTHER women!

Kajol and Ajay Devgn have been one of the most popular B-town couples. Considering that De De Pyaar De is a story about a man caught between his current girlfriend, who is younger to him, played by Rakul Preet Singh and his ex-wife played by Tabu, the actor was asked about some interesting questions about his own real life marriage. When he was asked if he has ever been attracted to some other women during his life, the actor stated that it is quite natural to feel that way and that he too may have felt that towards some women but Kajol would always pass it off with a funny comment on it.

In fact, he also confessed that there have been times that Kajol has indeed caught him staring at other women and would joke about it. He mentioned in these reports that they are in that phase of their marriage that they can understand what they are feeling after looking at faces in a second. Kajol and Ajay Devgn tied the knot in 1999 and are parents to two kids - Nysa and Yug.

De De Pyaar De also starring Javed Jaffrey, Alok Nath amongst others and it is slated to release on May 16. The film is directed by Akiv Ali and produced by Luv Ranjan and Bhushan Kumar of T-Series.

Also Read: EXCLUSIVE: Ajay Devgn wants his real LOVE story to be made into a film, reveals who the real CASANOVA of Bollywood is (watch video)