Bollywood actor Tahir Raj Bhasin is one of the brightest and most versatile young actors in the industry today. After making a sparkling debut in Mardaani, Tahir impressed all with his villainous act in Force 2. In Manto, directed by Nandita Das, Tahir made a bold career move to depart from typical commercial cinema. He was refreshing in the film, India’s selection at the Cannes film festival and Tahir won praises from all quarters. 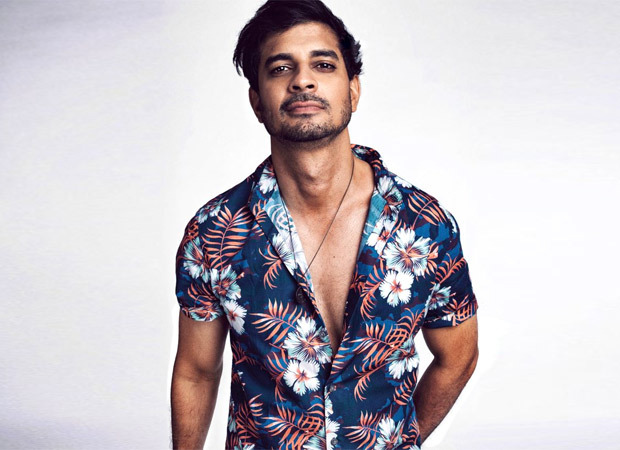 On the third release anniversary of the critically acclaimed drama on author Saadat Hasan Manto’s life, Tahir says, “Working with Nawazuddin Siddiqui on Manto was a live masterclass. Shyam Chadha, the 1950’s film star (Tahir’s character in the film), and Manto were a real-life duo who had epic adventures with the backdrop of 50’s Bombay cinema. Translating this friendship on-screen meant doing a range of scenes from a brotherly bond to a drastic conflict and a sudden parting of ways. To explore all of these shades with a co-star like Nawaz was a super treat. His timing, sense of humour, and humility are things that I imbibed while shooting Manto.”

Tahir adds, “Nandita Das is a director with impeccable taste and this shows in the films she creates. She brought out a nuanced performance from me which wouldn’t have been possible were it not for her eye for detail. The film's journey was supersonic. We transitioned from shooting in the villages of Gujarat to the Red Carpet at Cannes within a year. Walking the red carpet, representing India at Cannes, interacting with the international press and the festival jury for Manto was surreal. To experience this with two of Indian cinema’s tycoons Nawaz and Nandita at Cannes, was the icing on the cake.”

Tahir reveals why he chose Manto after acing being a baddie on-screen with Mardaani and Force 2. He says, “Manto for me was the chance to work shoulder to shoulder with Nawazuddin Siddiqui. Like in sport, in acting too your game in a pairing is only as good as your co-star. To work with Nawaz was a great challenge and meant diving into the deep end and exploring the many layers in the friendship between the 50’s film star Shyam Chaddha and Manto.”

Tahir will now be seen in Looop Lapeta as a romantic lead opposite Taapsee Pannu and in Yeh Kaali Kaali Ankhein, in which he has been paired with Shweta Tripathi. Tahir also plays the role of Sunil Gavaskar in Kabir Khan’s 83!

ALSO READ: 2 Years Of Chhichhore: “Watching Sushant Singh Rajput work and spending time with him behind the scenes was an absolute joy” – Tahir Raj Bhasin