Bollywood buffs would be aware that Sunny Deol and Shah Rukh Khan came together in the 90s cult romantic thriller Darr. It was probably their first and last film together after which reports started surfacing that the two actors had a fallout and that Sunny also had a tiff with director Yash Chopra. Now 26 years later, Sunny Deol has opened up about what transpired on the sets of Juhi Chawla starrer. 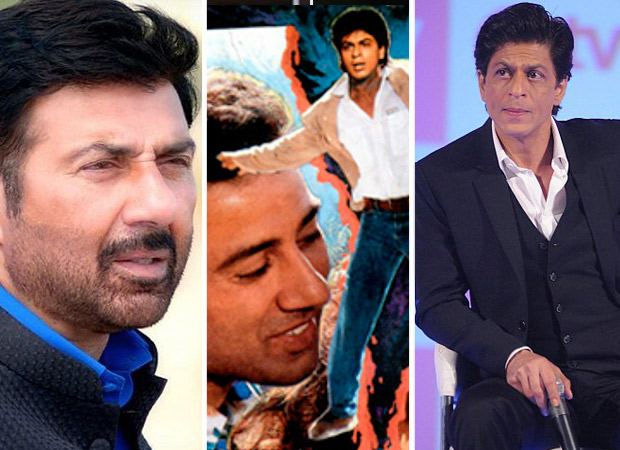 After 26 years, Sunny Deol REVEALS details about his fallout with Shah Rukh Khan and Yash Chopra during Darr

Let us remind you that Shah Rukh Khan and Sunny Deol have hardly come together even during public appearances. Speaking about not interacting with the superstar for over two decades, Sunny stated that he doesn’t like to socialize and hence, he had cut himself out of everything. So, neither did he have a chance to meet Shah Rukh nor interact with him.

Reminiscing about what happened on the sets of Darr, Sunny recalled that he had a heated argument with Yash Chopra over a scene where Shah Rukh Khan was supposed to stab him. Sunny Deol plays a navy officer in the film and he was reasoning with the filmmaker that since he is a trained commando, how can a normal boy beat him so easily. During the same, Sunny went on to explain Chopra that he was a fit character in the film because of his profession and that SRK can’t stab him when he is looking at him. However he can stab when the character is looking away, Sunny had told Yash Chopra.

Despite his attempts when Yash Chopra refused to listen, Sunny mentioned that he put his hands in his pocket to control his anger. He further also spoke about how much he respected Yash Chopra because he was a senior filmmaker. Considering that he was boiling with temper, Sunny revealed that he had ripped off his pants due to it. He further added that he thinks may be Shah Rukh Khan and Yash Chopra were scared of him since then!

For the uninitiated, the 1993 romantic thriller Darr featured Shah Rukh Khan as an obsessive lover who is head over heels in love with his college mate Juhi Chawla who is already engaged to Sunny Deol in the film. The film was not just a box office success but also considered as one of the best films in Shah Rukh's repertoire!