While his son Karan Deol is gearing up for his big Bollywood debut, Sunny Deol is busy handling his new duties as a politician post his win at Lok Sabha Elections. The actor was recently seen taking up the responsibilities of Gurdaspur, one of which includes the work on the Kartarpur Corridor. The actor recently paid a visit to the location to review the progress on the work of the corridor which will now be connecting India and Pakistan. 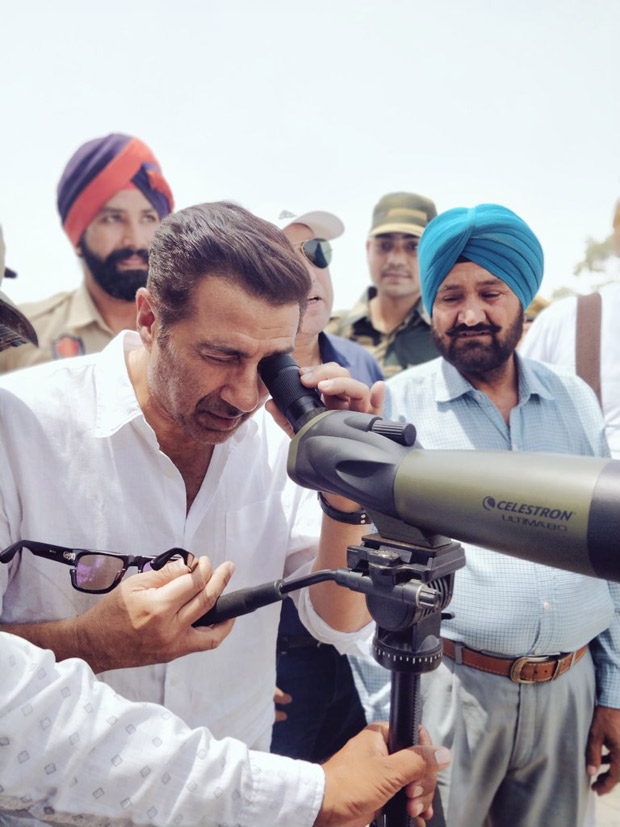 For the uninitiated, the Kartarpur Corridor starts from the Dera Baba Nanak shrine in Gurdaspur to Gurdwara Darbar Sahib in Pakistan’s Kartarpur. While Gurdaspur comes under the constituency of Sunny Deol, the actor has been diligently continuing his duty towards the completion of work. The corridor is expected to be completed by November. Speaking about the same on social media, Sunny Deol posted photos from Gurdaspur on his Twitter handle saying, “Today, met teams at Sri Kartarpur Sahib corridor to review progress of corridor work.”

However, some politicians have criticized Sunny Deol’s visit to Kartarpur further stating that he didn’t invite any local MLAs or other lawmakers from the district for the visit. Despite the immense criticism coming his way, Sunny has maintained silence regarding the same. The actor turned politician continues to share images etc. on social media about him visiting other locations and also about his meetings with the team.

On the film front, Sunny Deol has directed and produced the film Pal Pal Dil Ke Paas that will mark the entry of his son Karan Deol in Bollywood.

BTS' V's cameo gets confirmed in…