Dil To Pagal Hai (1997), directed by the legend Yash Chopra, completed 25 years on October 30. It was a box office success and remembered today not just for its performances, chemistry, music and script, but also for the way Madhuri Dixit and Karisma Kapoor were presented on screen. Veteran stylist and costume designer Manish Malhotra played a major role in this regard. 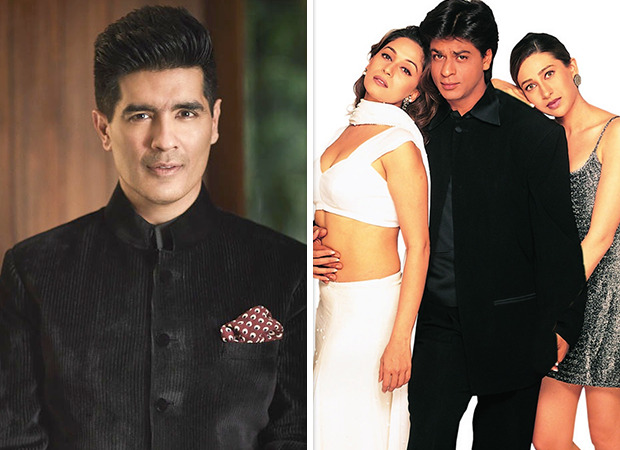 On Dil To Pagal Hai’s 25th anniversary, Bollywood Hungama exclusively spoke to Manish Malhotra about his experience of working on the film and a lot more.

How did you come on board Dil To Pagal Hai? Did your work in Rangeela (1995) help you bag the project?
I had wanted to work with Yash Chopra as he had always been my favorite director. I got an opportunity to go to their house. I still remember meeting Pam aunty (Pamela Chopra) for the first time for the film Aaina (1993), wherein I was doing Deepak Tijori's costumes. This is how I started working with them. My work was getting popular in the industry and later through Karan Johar, I met Aditya Chopra. He told me how he liked my work and offered me to work on Dilwale Dulhania Le Jayenge (1995) before Rangeela was even released. During the filming of Dilwale Dulhania Le Jayenge, I interacted a lot with Yash ji and Pam aunty about costumes. The best part about Yash Raj Films (YRF) is how they are so interested in the aesthetics of a film. They take a keen interest in set designs and costumes. So we held many meetings and I enjoyed attending them. Yash ji witnessed my passion, excitement, and most importantly the work I put into costumes and styling and that’s when he decided that I should do Madhuri and Karishma’s costumes for Dil Toh Pagal Hai.

What was the brief given to you by Mr Yash and Aditya Chopra?
Aditya and Yash ji's brief for both Madhuri and Karishma's characters was clear. Their characters were contrasting. Madhuri's character was a girl next door while Karisma’s was sporty, bold, and sexy. So in accordance with that, I styled and designed their costumes.

As per Wikipedia, 'Chopra rejected 54 dresses created by Manish Malhotra for Dixit's character, choosing a salwar kameez over others'. Is this true and can you share more details?
No. This is not true at all. So, I had done a film, Zindagi Ek Juaa (1992), with Madhuri where the looks didn't work out well. Then Karisma was signed for Dil To Pagal Hai and with Raja Hindustani's big success, wherein I designed her looks, I was the obvious choice to style her. Meanwhile, Yash ji assured Madhuri that he had complete faith in my professionalism. In a bid to save time, he and Karan tried out fifty-odd outfits with other designers for Madhuri which didn't really work. Around that time I traveled to Ooty to meet Boney ji (Boney Kapoor) and Anil Kapoor and Madhuri were present there as they were shooting for Pukar (2000). Anil asked her why is she reluctant over finalizing me as her designer for Dil To Pagal Hai. Anil did this kind gesture where he arranged for Madhuri to unofficially see the songs and some scenes in Judaai (1997) in which I had done Sridevi's and Urmila Matondkar's looks. After seeing that, Madhuri called up Yash ji from Ooty and said, ‘Let's have Manish do my clothes for Dil To Pagal Hai’. 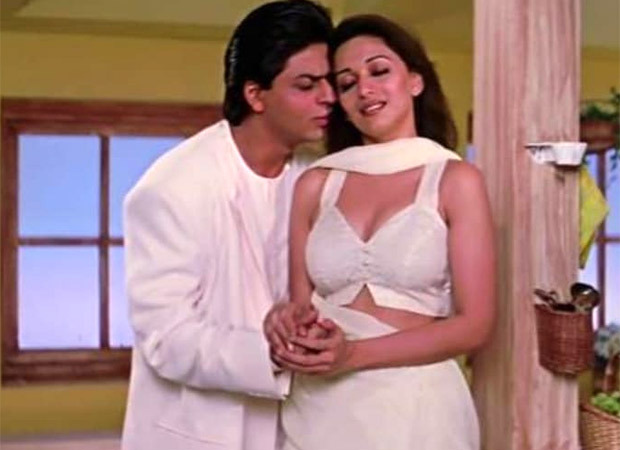 The clothes of Madhuri and Karisma seem apt for 2022 standards. But for a film made in 1997, they were a little bold. Did you and the makers feel so and was there a worry over this aspect?
Yash ji and Aditya Chopra love the aesthetic aspect of the films. They take a keen interest in costumes, styling and set design. They have always preferred a modern take on everything about aesthetics and they were visionaries. Yash ji was really fond of chiffon because of its’ flowy fabric. I came up with the concept of translucent chiffon kurtas for Madhuri which was very difficult to hold as a chiffon kurta without the lining would look ghastly had the churidar not been perfectly fitted. But after multiple fittings, Madhuri looked pretty, elegant, and simple yet sensuous in those beautiful kurtas in pastel shades. In contrast, Karisma’s outfits were supposed to be sporty, bold and sexy. I went to London to scout for the outfits and I really liked these sporty looks at the DKNY store. However, they were expensive. So I called Aditya from a phone booth outside the store and asked if I should risk buying the clothes. The visionaries that he and Yash ji are, he replied, ‘Absolutely, go ahead’.

What were Madhuri Dixit and Karisma Kapoor's reactions? Did they have any input and how was it to work with them?
Karisma was super happy at the response that she got for her looks in the film. All her looks were international and made her look very edgy and modern. Madhuri's look was a roaring success and that resulted in copies everywhere. They became a rage after Dil To Pagal Hai released and she was very pleased about it.

Though you did not style Shah Rukh Khan, did you interact with him? Do you have any memories of it?
Shah Rukh Khan has always been a fabulous and an amazing person. I worked with him in Dilwale Dulhania Le Jayenge before even Dil To Pagal Hai was shot then and he's been an absolute delight to work with or be present on the sets with. 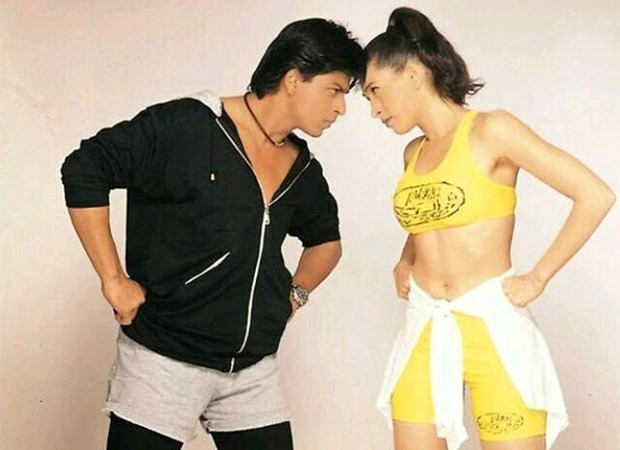 Once the film was released, what was the feedback that you got for your work?
Dil To Pagal Hai set new benchmarks in edgy costume styling. Karisma's outfits became as much rage with the fitness-conscious, bold women as Madhuri's with the coy girls. We saw so many girls wearing DKNY sportswear everywhere in Mumbai. Madhuri’s translucent chiffon kurtas became a rage and I remember how multiple copies were sold across the country. The film moved away from the norm of ‘favorite outfit’ and ushered in the concept of ‘favorite look’. The consistency was talked about rather than any particular outfit.

Madhuri and Karisma's costumes became popular among women and many cheap copies of their costumes came up in the market. How did you react to it? Did you see it as a case of 'Imitation is the best form of flattery'?
Dil To Pagal Hai became a great experience for me because later any film that I signed for, every brief I received in those years was they want western clothes like Karisma's and Madhuri's from the film. And I remember four years later after the film released, I met a couple of people in Surat who told me how they sold lakhs and lakhs of Madhuri’s translucent chiffon kurta copies. That's when I realized how costumes had such a huge impact in terms of fashion trends across the country and much later I got into the economics and legalities of it. However, the film remains very dear to my heart and always will.

Also Read: 25 Years of Dil To Pagal Hai EXCLUSIVE: Shiamak Davar reveals how Shah Rukh Khan pushed him to come on board: “Shah Rukh told me, ‘Listen you HAVE to do this film. You don’t realize the talent you have’”