We have often seen in Bollywood movies that it is generally the girls who are behind their partners when the latter forget anniversaries. However, it seems that it’s the reverse for Bollywood couple Ayushmann Khurrana and his filmmaker-writer wife Tahira Kashyap. The couple, who have often set new goals for many, were seen celebrating yet another successful year of their marriage but with a twist. A day ago, on Halloween, Tahira took to social media to share a post about their wedding anniversary, only to be reminded later that it was actually on November 1. 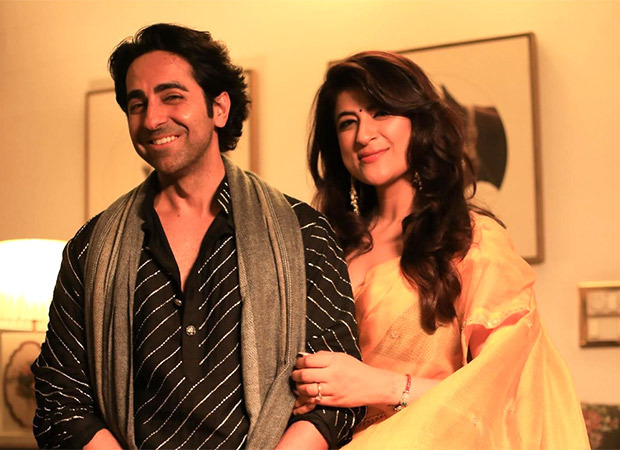 In the post shared by Tahira, the filmmaker had captioned this lovely photo of the two of them donning ethnic wear, saying, “Happy world/ritual waali anniversary ???? I still go back to the first song you sang for me… umm Uhhh just realised it’s Halloween too, we chose the scariest day to get married?? guess it’s all relative na… what is more scary”

Later, Tahira took to her Instagram story to clarify on sharing the post on the wrong date saying, “Anyone doubted my goldfish memory here’s the proof! My good friend @rohinimahajan reminded me that my anniversary is tomorrow not today. Not taking down the post kyonki kal bhi toh karna padega.. sorry @ayushmannk I tried though. (Transl: Not taking down the post because will have to do it again tomorrow).” 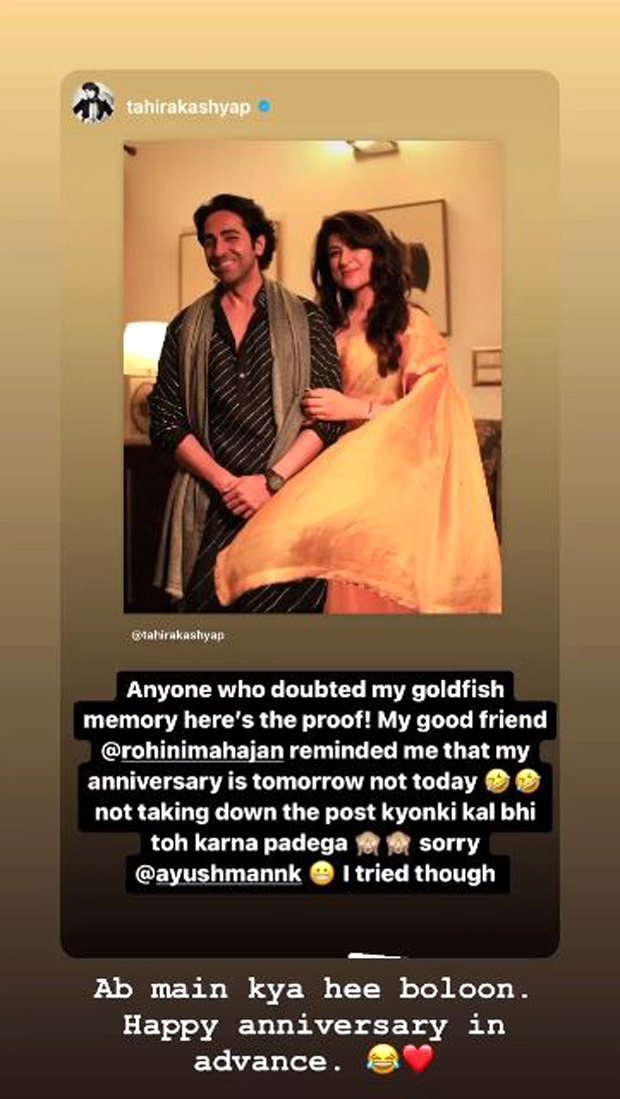 Reposting the same on his Instagram story, Ayushmann responded, “Ab main kya hee boloon. Happy Anniversary in advance. (What can I say. Happy Anniversary in advance.” On the other hand, Ayushmann Khurrana too went on to share a post on the day of their wedding anniversary which is November 1 adding this casual photo of them taking a stroll down the streets of Paris, saying, “Excuse! @tahirakashyap ?? Aaj hai anniversary! ?? Paris Summer of 2022.”

On the work front, Ayushmann Khurrana, who was last seen in the medical comedy Doctor G, recently announced Dream Girl 2 with Ananya Panday.