2017 was certainly the year for the quintessential filmi bachcha, Varun Dhawan! Right from clinching the coveted spot in the 200 crore club worldwide box office collections with his film Badrinath Ki Dulhania this year, Varun Dhawan also garnered critical acclaim for his honest performance as Badri and wooing the masses with double roles of Raja and Prem in the rib-tickler, Judwaa 2. All along, Varun Dhawan also graduated from being a style novice to a contemporary fashion aware man who doesn’t shy away from flaunting those millennial pinks and yellows, anti-fits, clean cuts and high street styles with equal élan. One of the few tinsel town actors who one of the few actors in Bollywood who take men’s fashion seriously and also up the quotient time and again, Varun Dhawan enlisted the styling precision of Akshay Tyagi of Style Cell and ace designer Kunal Rawal for some of his looks.

The bona fide star, Varun Dhawan was playfully called an attention seeker by his BFF, Arjun Kapoor on Koffee With Karan 5 this year! Quite rightly, Varun Dhawan made the fashion pundits and lovers alike sit up and notice his immaculate style game.  Making a serious case for style each time he steps out, here are some of Varun Dhawan’s best style moments from 2017.

For the Hello Hall of Fame Awards 2017, Varun Dhawan cranked up the dapper quotient with jacket and trousers from Brooks Brothers teamed with a Thomas Pink shirt and bow-tie and a pair of O’Keeffe shoes.

Snapped at the HT Most Stylish Awards 2017, Varun Dhawan donned a Giorgio Armani suit with a light coloured Thomas Pink shirt and shoes from Tods. 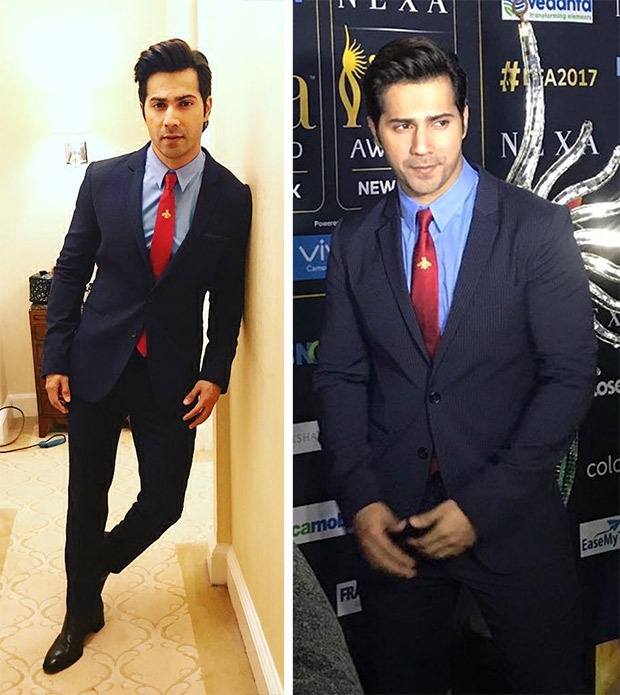 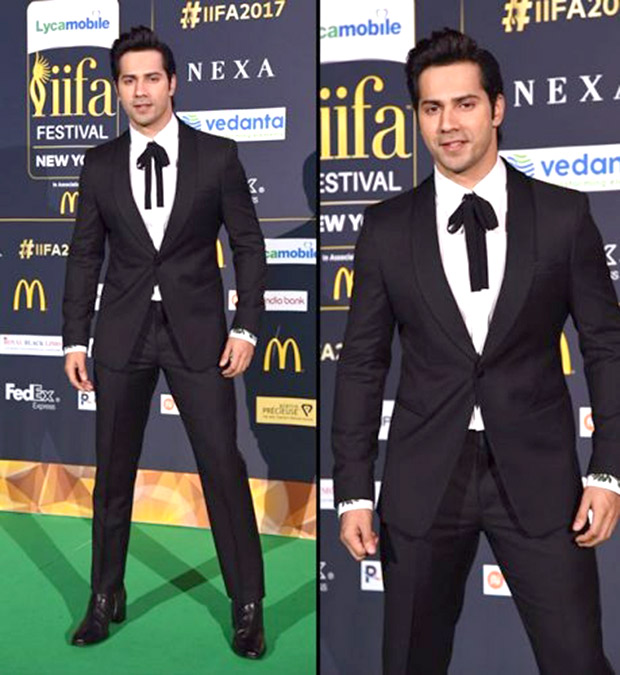 For the IIFA 2017, Varun wowed us all with an Emporio Armani tuxedo, a white Gucci shirt that bore embroidered cuffs, a Gucci bow tie, and Yves Saint Laurent shoes rounding it with a clean shaven look and sleek pulled back hairstyle. 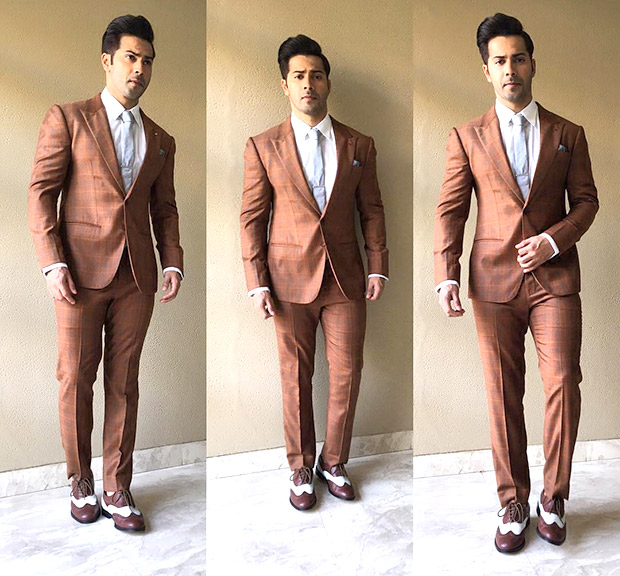 Varun sparked off those vintage vibes for the promotions of Badrinath Ki Dulhania with a chequered chocolate brown suit featuring an SS Homme suit and shirt and upping the quotient with brougues from The Shoe Factory.n will be seen in Shoojit Sircar’s romantic drama, October opposite newbie Banita Sandhu slated for a release on April 13, 2018. 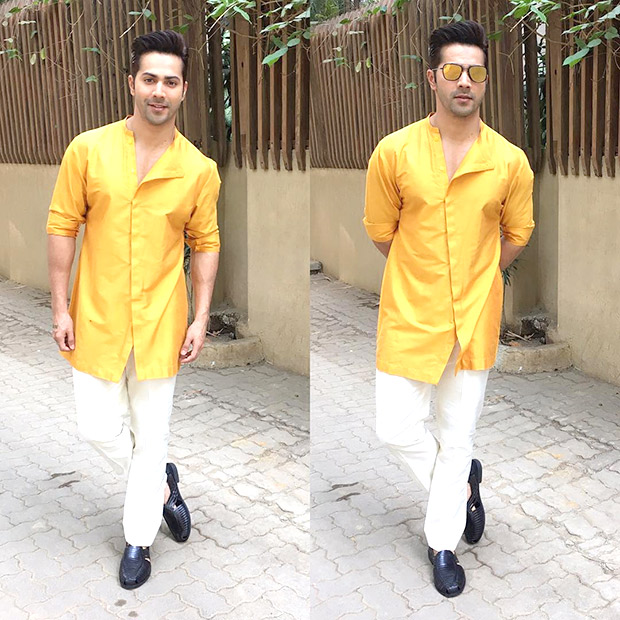 An uncanny colour choice of mustard yellow, the summer colour of 2017- Varun Dhawan effortlessly pulled off a kurta and white pajama set from Shiraz for a round of interviews for Badrinath Ki Dulhania. 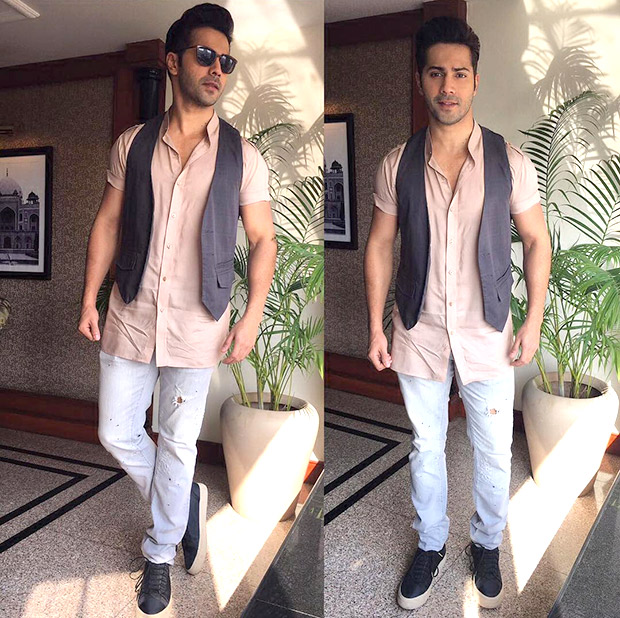 Exuding easy vibes, Varun Dhawan turned co-stylist with stylist Akshay Tyagi and pulled off a customised pink kurta and blue denims with a jacket from Zara. 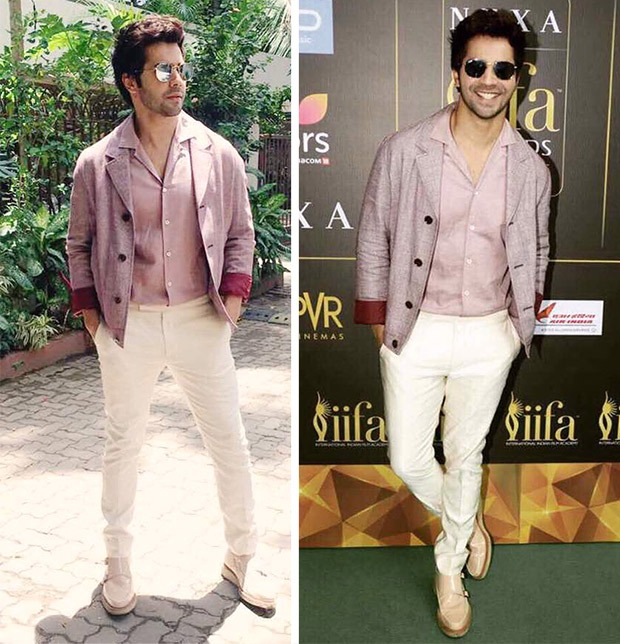 Varun Dhawan, a man on a mission to bend the gender rules owned the colour in a Zegna blouson and shirt teamed with corded pants and double monks (read: blazer) by Kunal Rawal for the IIFA 2017 press-meet. 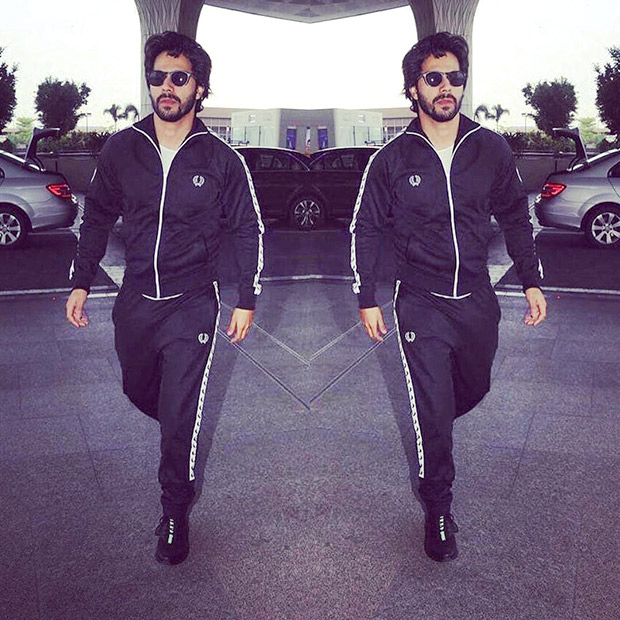 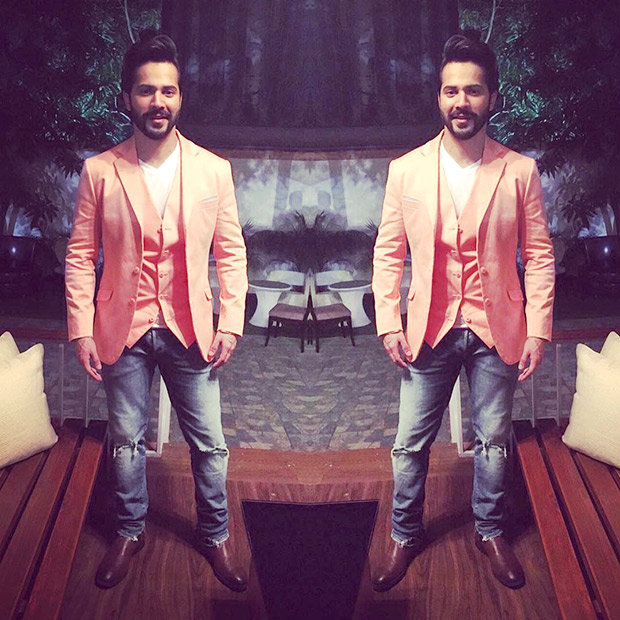 Going peachy and refreshing the 90s vibe, Varun Dhawan jumped aboard the promotional bandwagon for Judwaa 2 wearing The Maroon Suit, Topman and Zara with brown shoes. 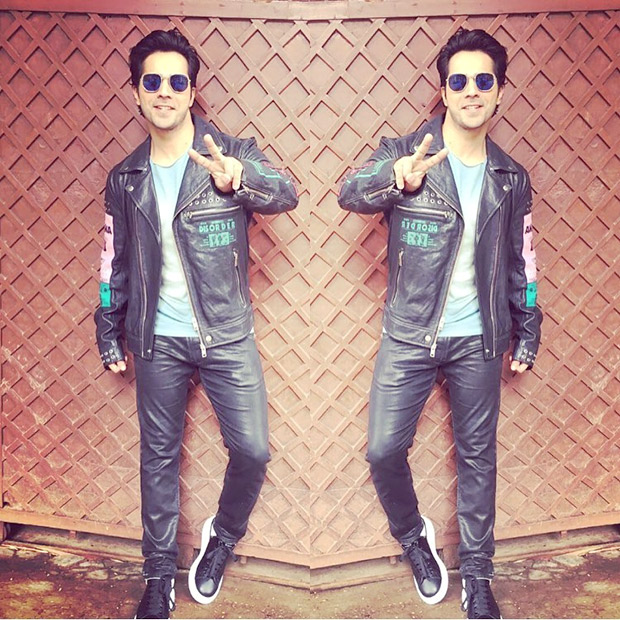 Bringing back the 90s grunge with his promotional style game, Varun Dhawan donned a light blue tee from Diesel with spunky faux leather pants and layering it up with a Celio jacket, Alexander McQueen sneakers and flaunted cool reflector Opium glasses. 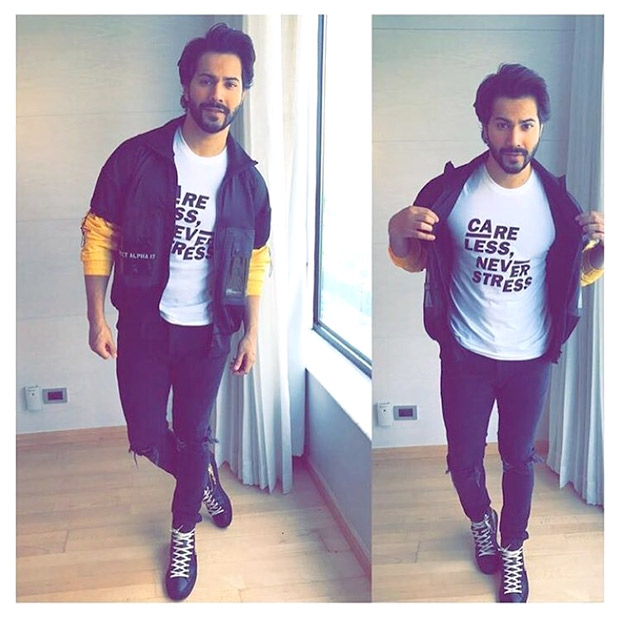 Setting the mood right with his Care Less, Never Stress Diesel tee and an Abhishk Paatni jacket, Gucci sneakers, Varun Dhawan wears what he believes in!

We believe the millennial star; Varun Dhawan will continue the style pace in 2018 too and regale us with many a dozen sartorial style moments. On the professional front, Varun Dhawan will be seen in Shoojit Sircar’s romantic drama, October opposite newbie Banita Sandhu slated for a release on April 13, 2018.