The year 2001 saw the release of several memorable films, many of which became big successes. While some films were expected to collect well at the box office, a few of them turned out to be surprise hits. One such film was Tum Bin. Directed by Anubhav Sinha, it featured new faces like Priyanshu Chatterjee, Sandali Sinha, Raqesh Vashisth and Himanshu Malik and it was released at a time when Lagaan and Gadar were still running to packed houses. Yet, Tum Bin managed to make a mark thanks to its interesting storyline and most importantly, its super-hit music. The songs created frenzy and it’s not surprising that even today, its tracks are heard and loved by listeners. 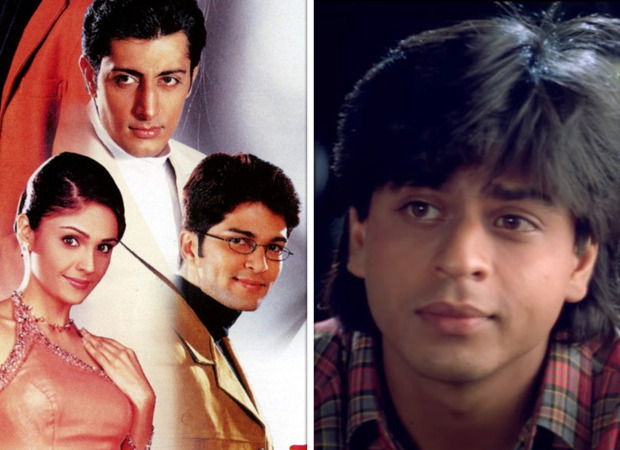 However, not many are aware that Tum Bin had a Shah Rukh Khan connection as well. The tunes of two of the famous songs of this musical hit - 'Tum Bin Jiya Jaye Kaise' and 'Tumhare Siva' – are very similar to the tunes of the songs 'Yaadein Teri Yaadein' and 'Tera Naam Lene Ki' respectively. Both these tracks are from Shah Rukh Khan-starrer Yeh Lamhe Judaai Ke, which was released in 2004.

If you are wondering how this happened, then the reason behind is that Yeh Lamhe Judaai Ke was launched in the early 90s, when Shah Rukh Khan had just begun his career in Bollywood. However, the film got stalled due to certain reasons. Music director duo Nikhil-Vinay, composers of Tum Bin, had also worked on the songs in this film. Almost 8-9 years later, when it seemed that Yeh Lamhe Judaai Ke would never see the light of the day, they decided to utilize these tunes in Tum Bin. However, it so happened that 3 years after Tum Bin’s release, Yeh Lamhe Judaai Ke also managed to release in cinemas and with that, its songs also got released.

When Bollywood Hungama reached out to Nikhil Kamath, one half of Nikhil-Vinay, he confirmed the reason behind this situation. He said, “It seemed that Yeh Lamhe Judaai Ke had been shelved. The makers had shot only 1/4th of the film. Meanwhile, those were brilliant tunes. So one day, Vinay Tiwari and I thought that we should use these compositions. But later, B N Tiwari created a separate track and completed the movie.”

He added, “Before using these tunes in Tum Bin, we decided to take permission from the producer of Yeh Lamhe Judaai Ke. But we were not able to establish contact.” He continues, “We felt bad about the situation that arose. But what to do? The songs in Tum Bin made our lives.”