Sanja Leela Bhansali’s 2002 film Devdas starring Shah Rukh Khan, Aishwarya Rai Bachchan, and Madhuri Dixit Nene completes 19 years of the release today. On the special occasion, the makers of the film paid a tribute to the late Dilip Kumar. The late actor was the star of the 1955 film, Devdas. 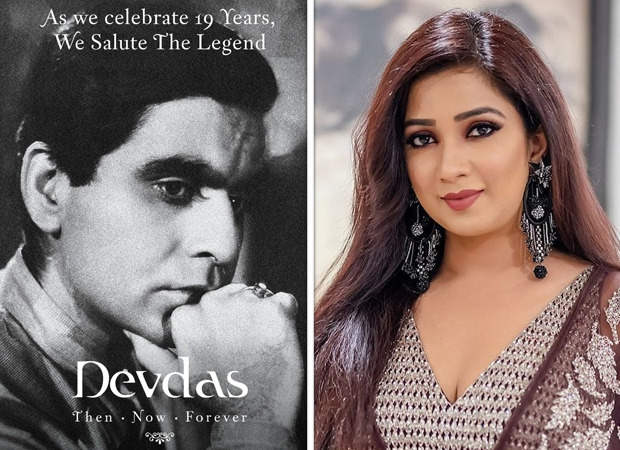 "19 years ago this love saga was etched in our hearts and continues to linger with its eternal music, scintillating performances. Here’s an ode to #DilipKumar, just like #Devdas, you will continue to live on… forever!#19YearsOfDevdas," the makers wrote whole sharing posters from the legendary film and poster of Dilip Kumar as Devdas.

Madhuri Dixit also took to her social media handle to mark the occasion along with a BTS picture from the sets of the film.

Meanwhile, singer Shreya Ghosal also marked 19 years in the industry. "19 years ago on this day I made my debut in Hindi Films in the iconic film #Devdas It’s still vivid in my memories the magical years of the making of the music. Always grateful to #SanjayLeelaBhansali sir for believing in that 16 year old girl.. And my parents for being there days and nights with me to make me into what I am today," Shreya wrote along with posters from the film and a screengrab of her name in the credit roll of the film.

Even after 19 years of its release, the film's album echoes in each viewer's heart. From Bairi Piya, Silsila Ye Chahat, to Hamesha Tumko Chaha, these songs perfectly encapsulated love in its truest form. On the other hand, Maar Dala, Kahe Chhed Mohe, and Dola Re Dola to date remain the dance anthem.

Regarded as one of the most expensive films back in the day, Bhansali's masterful direction and attention to detail earned him international recognition.

ALSO READ: EXCLUSIVE: “It is unfortunate that stats have become a benchmark for good and bad music”- Shreya Ghoshal on singers buying views