Last Updated 05.10.2022 | 12:35 AM IST
feedback language
follow us on
Bollywood Hungama » News » Bollywood Features News » 20 Years Of Devdas: After a freak incident on the sets, Salman Khan had taken the injured spot boy to the hospital; took care of him till he came out of a coma and recovered completely

20 years ago, viewers were spellbound when they saw the opulent and grand sets in Sanjay Leela Bhansali’s Devdas (2002). Starring Shah Rukh Khan, Aishwarya Rai Bachchan and Madhuri Dixit, the period drama, which completes 20 years on July 12, was a well-made saga that touched upon love and heartbreak. The super-hit music, fondly remembered even today, added to the entertainment quotient. 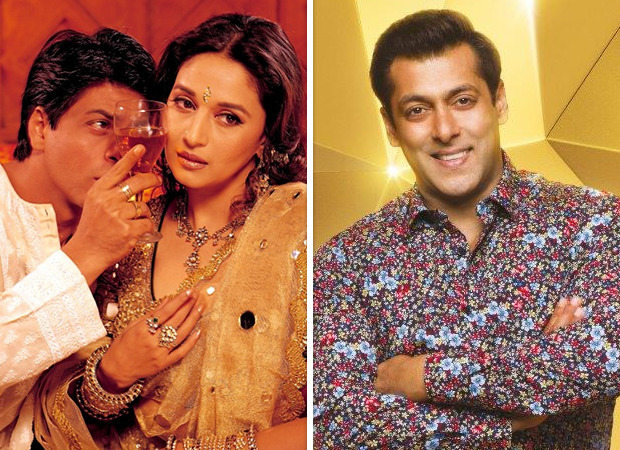 20 Years Of Devdas: After a freak incident on the sets, Salman Khan had taken the injured spot boy to the hospital; took care of him till he came out of a coma and recovered completely

Before the release of the film, Devdas was continuously in news due to the casting coup and because it was Sanjay Leela Bhansali’s immediate next after the highly acclaimed Hum Dil De Chuke Sanam (1999). That the film made waves at the 55th Cannes Film Festival also was quite talked about.

The film also ran into problems during the filming stage. A part of the set had caught fire, and this reportedly happened multiple times. If this was not enough, the film’s producer and financier, Bharat Shah, was arrested and jailed for 16 months for allegedly having a connection with the underworld.

Then, an incident that sent shockwaves was when a storm fan went out of control. Two crew members got injured, with one of them even losing his life. This ghastly episode is well known but what many don’t have is the Salman Khan connection.

Last year, during the superstar’s 33rd anniversary, writer and director Rumy Jafry revealed an anecdote to an entertainment website that very few people are aware of. He said when the storm fan accident took place, Salman Khan learned about it somehow. He immediately reached the set and took the injured spot boy to the hospital. Rumy Jafry even added that the man was in a coma for a few months. Salman took care of the treatment until the man came out of the coma and recovered.

Salman Khan worked with Sanjay Leela Bhansali in his first two films, Khamoshi: The Musical (1996) and Hum Dil De Chuke Sanam. Aishwarya Rai Bachchan, one of the principal actors in Devdas, was dating Salman at that point.

Another trivia that recently became known is that after the repeated controversies and after actresses of the film kept falling sick, Kirron Kher, who played Paro’s mother in Devdas, suggested the filmmaker that he consult Neeta Sinha, an astro architect as the ‘horoscope’ of the set could be faulty. Neeta visited the set and felt that the set was in the wrong direction. At her suggestion, the entry was blocked and money plants were added at specific spots. These plants had to droop downwards. Moreover, the name of the set was changed from ‘Paro Ka Mahal’ to ‘Paro’s haveli’.

Miraculously, the shooting of the film was then wrapped up without any untoward incident. Ever since, Neeta Sinha gets consulted by Sanjay Leela Bhansali for every film, including SLB’s recent film, Gangubai Kathiawadi (2022), starring Alia Bhatt.