Yash Chopra’s Jab Tak Hai Jaan (2012) completed 10 years on November 13. The film is remembered not just for its emotional moments, music and performances by the lead cast (Shah Rukh Khan, Katrina Kaif and Anushka Sharma) but also that it was the debut film of actor Sharib Hashmi. On Jab Tak Hai Jaan’s 10th anniversary, the talented and ever-smiling actor spoke exclusively to Bollywood Hungama about his experience of working on Jab Tak Hai Jaan and a lot more. 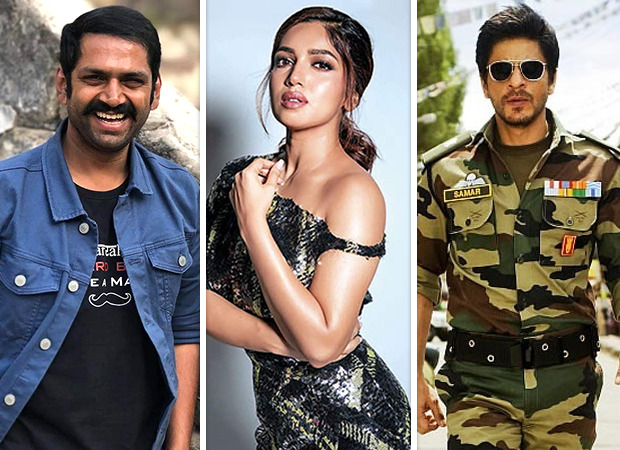 How did you bag Jab Tak Hai Jaan?
It was a time when I had almost given up hopes of becoming an actor. I had been auditioning for three years. I didn’t get work and hence, I took up a job at UTV Bindaas as AVP Programming since I had a family and a lot of responsibilities. Jitne logon se main udhaar maang sakta tha, main maang chukaa tha. My savings were almost over. That’s why I had to take up a job.

3-4 months after I joined UTV Bindaas, I got a call from Shanoo Sharma, YRF (Yash Raj Films)’s casting director. During my three years of struggling period, I made several attempts to meet her. But it proved futile. And then, one day, she called me. She had seen my short film and hence, and she asked me to audition. There were several rounds. Incidentally, my first audition was conducted by Bhumi Pednekar. It was a wonderful experience. Mujhe toh audition mein bhi bahut mazaa aa raha tha! Later, I got a call that I have not been selected and somebody else has got the part. I was sad though what lessened my pain is that at least, I had a job.

After some days, Akshat Kapil from YRF called me, requesting for another audition. I auditioned and straight away went to my office. In 30 minutes, I got a call informing me that I have bagged the part and that I have to report for the shoot 2 days later! Main hil gaya tha.
I was so scared by my experiences during the struggling phase that I didn’t want to quit my job. During the same time, my other film Filmistaan (2014) also got a producer. The shoot of both films was to happen back to back, starting with Jab Tak Hai Jaan. So, I asked for 45 days' leave. I was ready for unpaid leave. I didn’t want to quit my work but at the same time, I wanted to make good use of the opportunity at hand. But the management told me, ‘Ya tu naukri kar le ya acting kar le’. I realized that I don’t want to work in a place where my passion is not respected. So, I left the job.

There’s a scene in the film where Shah Rukh Khan jumps on you on the bed. How was it to shoot that scene?
It wasn’t choreographed as such. I was told to dance and jump on the bed, which I did. I remember cinematographer Anil Mehta sir saw that and told me, ‘Aaj isko dekh ke Kishore da ki yaad aa gayi’ (smiles). For me, that was a big compliment.

Shah Rukh Khan usually does rehearsals. Did he do it with you as well?
No, he didn’t. I wish he had. I would have got more time to spend with him! On location, he would read the scene. That’s it. At the most, we would rehearse once.

How was it work with Shah Rukh Khan?
He was very chilled out. I really want to work with him more. Lekin mauka hi nahin mil raha. Pata nahin kyun? Woh baatein itni acchi karte hai. He’s such a fine actor and a human being. Unki company kaun nahin chahega (smiles)?

You were directed by a legendary director, Yash Chopra. Tell us about your experience.
It was a dream come true. In fact, yeh ek aisa sapna tha jo maine dekha bhi nahin tha aur woh poora ho gaya (laughs)! I had never imagined in my wildest dreams that I’ll get a chance to work with him. It was an amazing experience. I used to keep observing him. He used to interact with everyone warmly and would take care of everyone. I still remember it clearly. Once, we were shooting in London and it was an off day. He met me in the elevator. He told me, ‘Sharib, mazaa aa raha hai London mein? Ash kar rahe ho ya nahin? Jacket-wacket chahiye toh bata dena’! Woh khaane ke khatarnaak shaukeen the, though due to his age, he had some restrictions.

How did your life change after Jab Tak Hai Jaan?
I couldn’t understand what happened after the release of the film. I was told that industry mein kaam dekh ke kaam mil jaata hai. But I didn’t get it. Many people assumed that I am not based in India! They thought that I was an actor from Pakistan (since I played a Pakistani) or some other country. This is because no one had ever seen me. I didn’t even know that you are supposed to speak to the media and publicize yourself. Most reviews mentioned my performance positively and the audience also liked me. But it didn’t translate into film offers. I did get some TV offers but I was not keen. As for films, I didn’t get a single offer. Things changed only after Filmistaan (2014).