Malang continues to bring in maximum footfalls amongst all the films in the running as Rs. 4.04 crores came on Monday. For the film to stay over the Rs. 4 crores mark is good enough for the Mohit Suri directed affair as it indicates that there is a target audience out there which has liked it. The film has collected Rs. 29.40 crores so far and now the first week is heading towards the Rs. 40 crores mark. 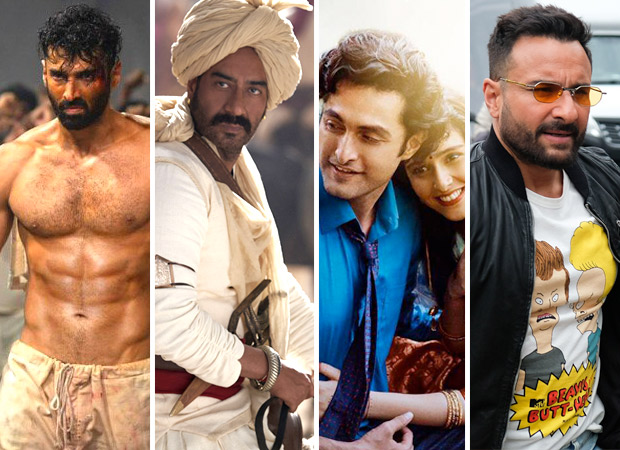 Tanhaji - The Unsung Warrior would close the fifth week at Rs. 270 crores mark as Rs. 267.76 crores have already been accumulated. This was after Monday collections emerged as Rs. 0.88 crores. As has been evidenced so far, the Ajay Devgn starrer has been traditionally holding well even on the weekdays and hence over Rs. 70 lakhs per day right through this week is on the cards.

This is what Jawaani Jaaneman would have expected as well, even though it is in its second week. The film brought in only Rs. 0.68 crores on Monday, which means it would be lower than Tanhaji - The Unsung Warrior during the weekdays. One expected a better hold for the Saif Ali Khan starrer but looks like it is now exhausting its theatrical audience. The film’s total now stands at Rs. 25.18 crores.

On the other hand, Shikara would be on its way out pretty quickly. The film brought in mere Rs. 0.60 crores* on Monday which is quite low. The film has dropped in a major way from its Friday collections of Rs. 1.20 crores which means there isn’t much hope one can have from rest of the weekdays. Standing at Rs. 5.55 crores, the film may just about stretch its way towards the Rs. 7 crores first week. Flop.