There are some films which have Hit written on them at the promo stage itself. In case of De De Pyaar De, expectations are even bigger. This one seems like a Superhit in the making, courtesy the terrific promo. That has been the hallmark of films coming from the house of Luv Ranjan. This time he has made it possible along with his debutant director Akiv Ali, an acclaimed editor himself, to cut a truly entertaining promo which has resulted in high curiosity amongst audience already. 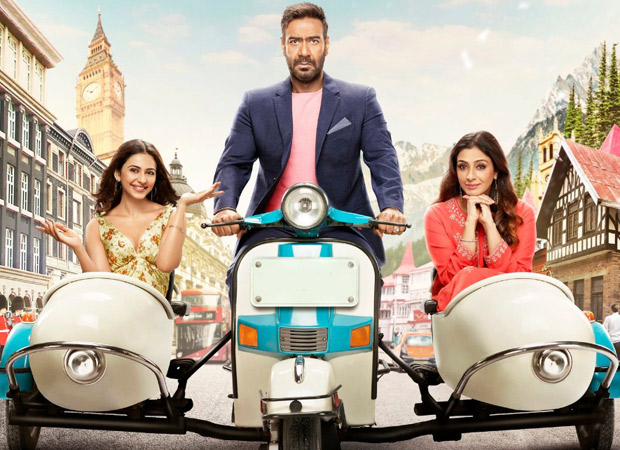 No wonder, the rom-com entertainer is much awaited already and hence is all set to take a very good start at the Box Office. The fresh pairing of Ajay Devgn and Rakul Preet Singh is looking interesting already, especially since they are playing their age, and with Tabu featuring in there as well; it is a love triangle of a different kind. Moreover, Jimmy Sheirgill in the mix further makes the whole affair really spicy.

All these factors combined together are ensuring that De De Pyaar De turns out to be a hit favourite amongst audiences. The film is also seeing paid preview shows from this evening onwards, which will only add on to the moolah. As for Friday, it is going to see a clean release as there is not much competition from past or present, considering its solo release. Rest assured, the film should collect at least Rs. 16-17 crores between today and tomorrow, and then take further rapid pace during rest of the weekdays. In fact if the film turns out to be as good as the promo then word of mouth during Friday evening and night shows could propel the numbers even further.

“Ajay Devgn has given three back to back hits in Golmaal Again, Raid and Total Dhamaal, and now De De Pyaar De is set to be his fourth success in a row.”