After collecting Rs. 2.25 crores on Monday, Ahan Shetty and Tara Sutaria starrer Tadap maintained a decent hold on Tuesday as well. The Sajid Nadiadwala production collected Rs. 2.01 crores more and as a result, the total now stands at Rs. 17.78 crores. 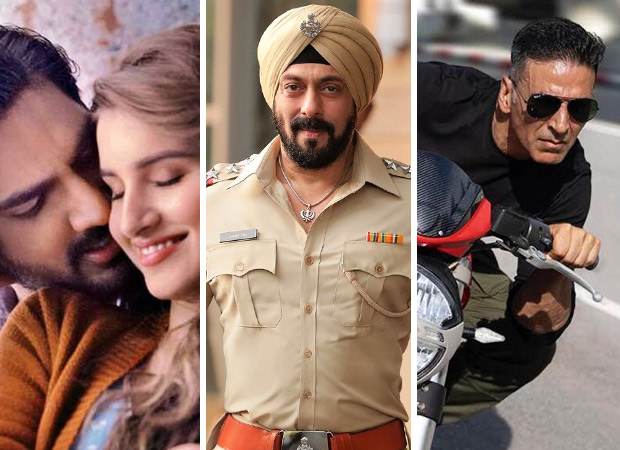 Of course, had these been the opening weekend collections of the film then it would have enjoyed an even healthier box office total during its lifetime. However, this is where the Milan Luthria directed film stands currently and considering the unpredictable situation at the box office currently for the new releases, the fact that it has still been decent enough is good news indeed.

Ditto for Antim - The Final Truth which is now officially the second highest grossing Bollywood movie of 2021 after surpassing Bell Bottom lifetime. The film brought in Rs. 75 lakhs* more on Tuesday which has pushed its lifetime further to Rs. 36.15 crores*. Again, given the fact that Salman Khan stars in a prominent role here, the film could well have enjoyed this as a first week total with more coming in weeks to follow. However, for now the Mahesh Manjrekar directed film would settle in the vicinity of Rs. 40 crores lifetime. The action drama has primarily done a lot of good for Aayush Sharma who has gained a new lease of life in his Bollywood career.

Aa for Akshay Kumar, it had been business as usual, with or without pandemic. His Sooryavanshi may have been robbed of the Rs. 200 crores lifetime but it has done a lot to his standing as a superstar who consistently makes films and delivers box office successes. His Bell Bottom may have been a victim of a fractured release but Rohit Shetty directed Sooryavanshi has stayed strong by collecting Rs. 193.80* crores already. On Tuesday, the film brought in further Rs. 20 lakhs.*. Though the numbers are minuscule, the fact that there are still audience footfalls in the fifth week and despite the film playing on OTT goes on to say that it has been much appreciated.