Two films based on real life stories arrive in theatres this Friday. Both depend on word of mouth and hence would rely on what do audiences and critics have to say once the first few shows are out. 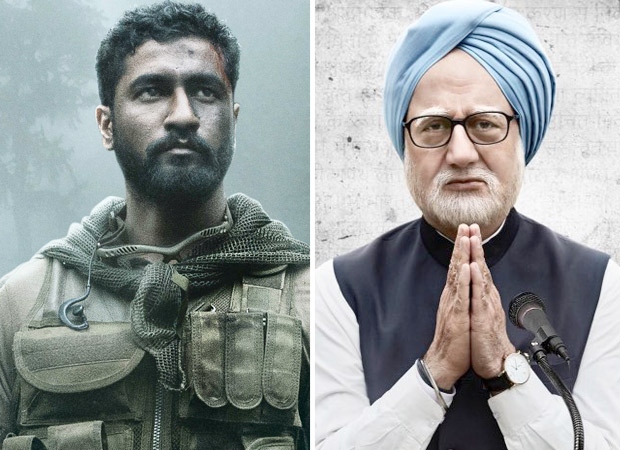 Uri has Vicky Kaushal working in his biggest film till date where he is the central protagonist and driving the show. The film has seen good buzz been generated around it though hype is not the kind that would necessitate huge footfalls from the first show itself. Moreover, the theme is the kind that is more prevalent in the West, though if it works in Bollywood too then it would be a welcome sign as that would open new avenues. The film is expected to start in Rs. 3-4 crore zone.

On the other hand The Accidental Prime Minister has been in news as well due to controversies surrounding it. The promo is interesting and with Anupam Kher and Akshaye Khanna as the key actors, one can be assured of good performances. The film is different for sure since this is the first time ever when in a political drama, real names have been taken. The film is for the class audiences at multiplexes and should find audience footfalls primarily at urban centres to begin with. An opening around Rs. 3 crore is expected and that would be a fair start before word of mouth takes over.

Varun Sharma is all set to tickle your funny…