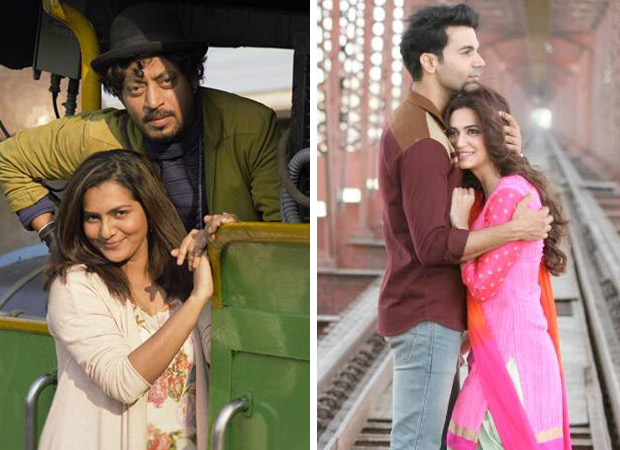 Two films catering to the same audience segment release this Friday - Qarib Qarib Singlle and Shaadi Mein Zaroor Aana. Both are mid-budget films and deal with a romantic relationship between a couple. Both have a small town set up and boast of a realistic feel. Moreover, both have a powerful actor as a main lead, what with Irrfan Khan and Rajkummar Rao leading the charge respectively. While former does have a Parvathi from Malayalam cinema making her debut, latter has Kriti Kharbanda as the leading lady after being seen in Guest Iin London earlier this year.

Both films depend on word of mouth to cover some distance over the weekend and the first day numbers would be just about decent. Qarib Qarib Singlle is expected to open relatively better since Irrfan is coming fresh after the success of Hindi Medium. The film’s opening would be on similar lines though with Rs. 2-3 crore more expected on Friday, only to improve substantially over the weekend if there is good critical acclaim and audience appreciation. On the other hand Shaadi Mein Zaroor Aana should find some additional footfalls in the small towns as well due to a more inherent desi appeal. It should open in Rs. 1-2 crore range and anything more than that would be a bonus. In fact even this opening could well be attributed to the kind of run that Rajkummar Rao is enjoying (Newton, Bareilly Ki Barfi).

To think of it, the films are finding best possible release for them since there is no biggie surrounding them. Golmaal Again would be in its fourth week and won’t be much of a threat while Ittefaq hasn’t really been carrying much steam to disrupt plans of new releases. The stage is wide set for both the films to perform if the content quickly catches fancy of the audiences.