It was a largely poor week at the Box Office for the new releases as none could actually manage good numbers. Though there was a lot at stake with as many as four major releases, the only one which managed to out on some sort of a fight was Tumbbad. The film took a low opening but then showed some decent growth over the weekend and then stayed stable right through the weekdays. With Rs. 5.75 crore* in its kitty, the film has done well to rise from Day One of Rs. 65 lakhs. However it had to be seen that with Badhaai Ho and Namaste England hitting the screens, how much does this film manage now in days to come. Word of mouth for the film is good and hence eventually it should find an audience, even if it is at the big screen. 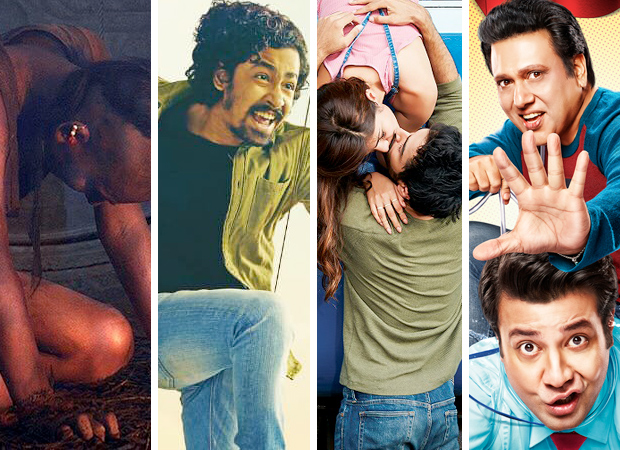 The bigger film which struggled though was Helicopter Eela. The film had a very poor start and then couldn’t recover from it at all. That was apparent in minuscule numbers that came over the weekdays after the weekend couldn’t do much. The film has gathered only Rs. 5 crore* and wouldn’t be able to collect much from this point on. These are way too low numbers for a film with credentials like Kajol and Pradeep Sarkar involved.

As for Jalebi, it is a disaster for Bhatts who were once known for making small budget viable films. This isn’t the case to be though with this film which practically came unannounced and has now left theatres too without a whimper. With just Rs. 2.75 crore* coming in, that will be it for the Rhea Chakraborty starrer which had turned out to be a lost cause for all involved.

Unfortunately for Govinda too, his FryDay just couldn’t survive at the Box Office. The film was a reasonable entertainer with Varun Sharma bringing on laughs too. However the collections were not there as the release was minuscule and haphazard. Moreover, audience were not even aware about this much delayed film which actually brought to fire vintage Govinda. With Rs. 1.75 crore* coming in, the film is a disaster.

Sum total of first week numbers of these four releases is just around Rs. 15 crore which pretty much tells the tale.