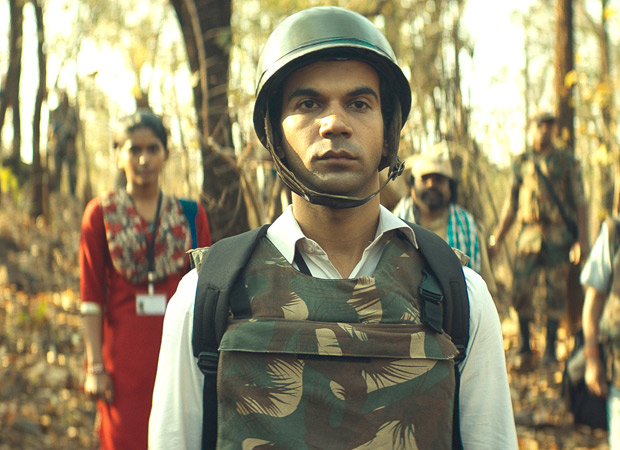 It was predicted that Rajkummar Rao's Newton would take an opening in the vicinity of Rs. 1 crore at the Box Office. Well, this is exactly what happened as the film managed to take a start of Rs. 0.96 crore. This is a fair beginning considering the fact that Newton is a niche film and hence caters to a small segment of audience. Moreover, Rajkummar Rao's solo starrers haven't really taken a major start in the past and this one is actually his best ever for a film where he has taken the lead [Trapped, Behen Hogi Teri, Shahid, Citylights].

The film further benefits from the fact that the Oscar announcement has come at just the right time. That will help add on to buzz to an extent. As a matter of fact it won't be surprising of the collections almost double up today and then increase further by Sunday. The films that have released alongside it haven't taken a good start which means for Newton to surpass at least Haseena Parkar [Rs. 1.87 crore] if not Bhoomi [Rs. 2.25 crore] by Sunday could well be a possibility.

If that happens, it could well be a first ever when two star driven films (with Sanjay Dutt and Shraddha Kapoor leading the show) are challenged by an out and out content driven film like Newton.

For Eros and Aanand L. Rai, this has turned out to be yet another film (after Shubh Mangal Savdhan) that has seen thumbs up from the audience.