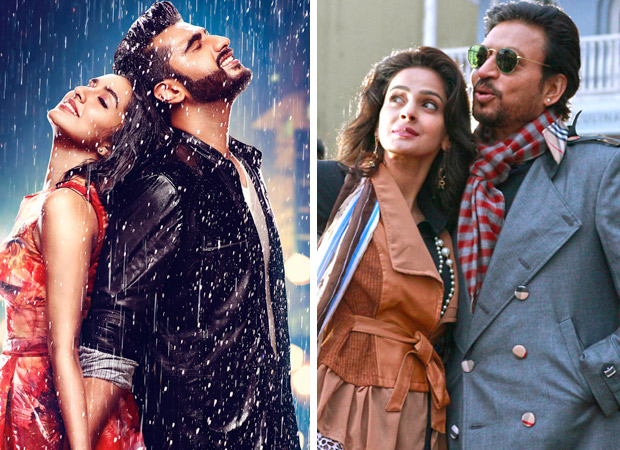 Two distinct films release this weekend - Half Girlfriend and Hindi Medium, and both have different set of target audience. Half Girlfriend is aiming for youth and should find traction amongst the campus folks. The film brings back director Mohit Suri and Shraddha Kapoor again after Aashiqui 2 and Ek Villain. Also, Arjun Kapoor would be seen in a film adaptation of a Chetan Bhagat book after 2 States. Moreover, music too plays an integral part of the film's narrative. The film should see an opening around the Rs. 9 crore mark, though it has potential to go higher too in case family audiences too warm up to it by the evening shows.

On the other hand Hindi Medium is catering more to the family audiences in their 30s and 40s, especially the ones with kids since it deals with the education system. The promos indicate that this is a light hearted entertainer in the offering and with Irrfan Khan leading the cast, you are assured of a good performance all over again. The film may be a slow starter since it belongs to the genre that finds more attention on Saturday and Sunday basis word of mouth. Still, anything in the vicinity of Rs. 3 crore would lend this Saket Chaudhary directed film a kind of start that would act as a platform for it to grow.

Meanwhile, to some extent at the least, Baahubali 2 [Hindi] would continue to make its presence felt in the fourth week as well.