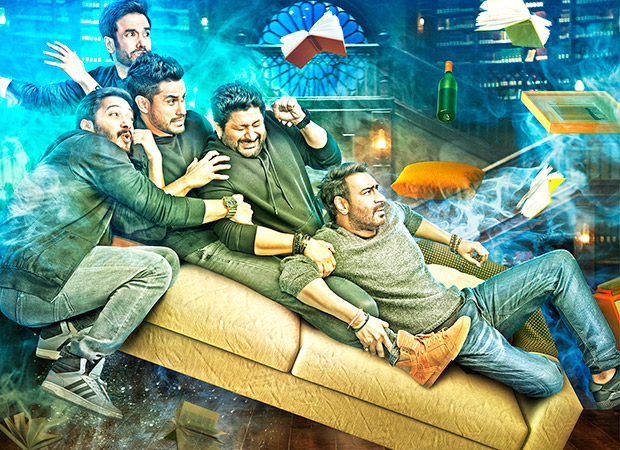 The Rohit Shetty directed fourth installment in the Golmaal franchise featuring Ajay Devgn with the original cast along with Tabu and Parineeti Chopra released on Friday. Since then Golmaal Again that hit a total of 3500+ screens in the domestic market has been on a roll at the box office.

After drawing in Rs. 30.14 cr. on day one, Rs. 28.37 cr. on day two and another Rs. 29.09 cr. on its third day Golmaal Again seems to be near unstoppable. While the opening weekend figures of the film have been exponentially good despite facing competition from Secret Superstar, the film has continued to hold strong on its first Monday. In fact, Golmaal Again has managed to retain the audience's attention and is more than likely to draw in a further Rs. 13-15 cr. on its fourth day today [Monday].

Given this current trend, Golmaal Again that has already netted Rs. 87.60 cr. in three days is expected to make it past the Rs. 100 cr. mark with its fourth day collections.