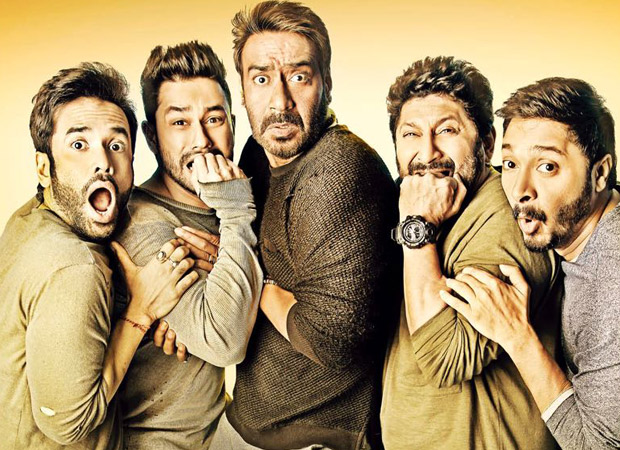 Yet another milestone has been eclipsed by Golmaal Again. The film has now gone past the lifetime total of Tubelight in 6 days flat. The Salman Khan starrer had accumulated Rs. 120 crore in its final run and now the Ajay Devgn flick has gathered Rs. 126.94 crore already, what with Rs. 10.05 crore more added to its total on Wednesday.

The film is already the second highest Ajay Devgn grosser after Singham Returns [Rs. 140 crore] and that milestone too would be crossed at maximum by tomorrow. On the other hand the film is set to be Rohit Shetty's second highest grosser once it crosses Dilwale [Rs. 148 crore]. Post that it would be lower than only Chennai Express [Rs. 227 crore]. Superhit!

On the other hand Secret Superstar has slowed down after gathering reasonably good moolah over the weekend. The film currently stands at Rs. 39.30 crore after Rs. 2.40 crore more came on Wednesday. The film is not just a distant second when compared to Golmaal Again, it is also not collecting much on an absolute scale.

Though on its release it was believed that the film would end its run around the Rs. 60 crore mark, currently that doesn't appear to be the case at all. The film would in fact score almost similar to what Sachin - A Billion Dreams had gathered in its first week [Rs. 41.2 crore] and would eventually cross Rs. 50 crore. Average.