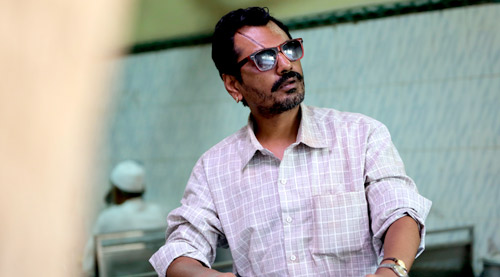 Raman Raghav 2.0 is just comparatively better though that doesn't quite change the overall verdict. The film brought in around Rs. 53 lakhs on Tuesday and the collections are around Rs. 5.08 crore. Junooniyat has really low collections and with around Rs. 20 lakhs* more coming in, the film is under Rs. 2.75 crore*. 7 Hours To Go is around the Rs. 1.5 crore mark in five days. A Scandall and Dil To Deewana Hai are under Rs. 1 crore. Rough Book is collecting only from select screens it is running in Mumbai.

Even Hollywood biggie Independence Day: Resurgence isn't doing well and is actually turning out to be the first big ticket disappointment from the West in India this year. The film brought in around Rs. 2 crore* on Tuesday and currently stands around the Rs. 21.5 crore* mark. The film would end its run around the Rs. 30 crore mark, which is way below the potential it came with before release.

Udta Punjab is on a steady decline as well. With Rs. 75 lakhs more on Tuesday, the film has just about reached Rs. 56.10 crore mark. It would have to really stretch to touch Rs. 60 crore. Above average.