In its lifetime, Raazi had collected Rs. 124 crore at the Box Office. Now Badhaai Ho has managed to surpass these collections in 31 days flat. The film currently stands at Rs. 125.45 crore. The next target is the lifetime number of Stree [Rs. 130 crore] and that would be surpassed by the Ayushmann Khurranna in the coming weekend. That would also make Badhaai Ho the highest grossing small film of 2018 which has also seen another surprise blockbusters, Sonu Ke Titu Ki Sweety [Rs. 109 crore]. 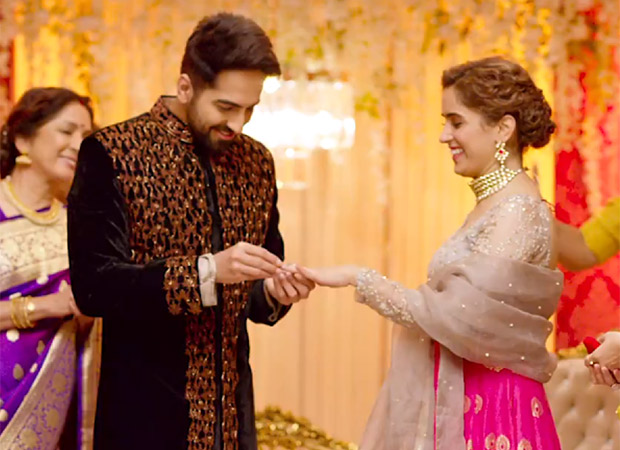 As for Thugs of Hindostan, it continued to stay low with only Rs. 2.46 crore more coming in. This is also end of the run for the film as far as bringing in collections of over 1 crore per day is concerned. This is shocking to say the least because no Aamir Khan film has never met this kind of fate in just its second week, as far as one can remember.

The film has collected Rs. 145.95 crore so far and only Rs. 2-3 crore more would come in before the week comes to a close. Post that it would be a matter of just one more week before 2.0 would hit the Box Office and invade screens all over. This Yash Raj Films production would end its run in Rs. 145-148 crore range.