Badhaai Ho is maintaining its lead at the Box Office as it is continuing to bring in over Rs. 2 crores on the weekdays as well, and that too in the second week. The film collected Rs. 2.50 crores more on Tuesday and that has further pushed it towards the 90 crore milestone. With Rs. 89.35 crores in its kitty already, the Amit Sharma directed film is moving fast towards further glories. 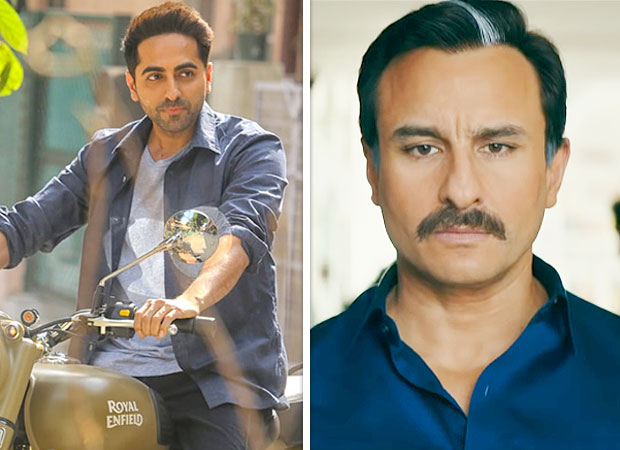 Arrival of new releases has made no impact whatsoever on the film’s fortunes. As a matter of fact the trend will continue not just in the current week but also next week since then the competition would be even lighter, what with Lupt and Jack & Dil as the new arrivals. What would be interesting to see is how many screens does the film get when Thugs of Hindostan hits the screens. However, let’s talk about that more around Diwali.

As for the other major film in the running, Baazaar, the numbers are now on the lower side. Though the film hasn’t gone down per se, it hasn’t really picked up much momentum either to give indications of some truly healthy business. On Tuesday, the film collected Rs.1.50 crores* more and that has brought the five day total to Rs.15.13 crores*. Ideally, this should have been the opening weekend number as that would have indicated a lifetime of around 30 crore. However for now the film will have to settle for a lower target. Though there is appreciation from target audiences, it needed a much wider base rooting for it in order to come up with a more notable number.