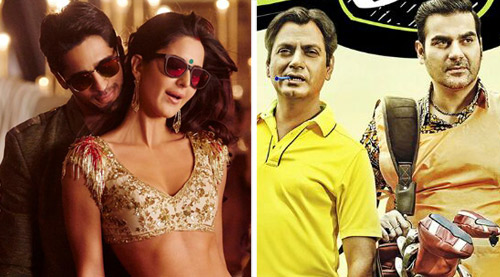 Baar Baar Dekho didn't have an encouraging weekend and that pretty much also signified that the film would have a tough journey during the weekdays. With a partial holiday in some parts of the country yesterday as well as today, the collections are holding on to some extent. Still, the numbers are low as the Nitya Mehra directed film brought in around Rs. 2.37 crores on Monday. The film has now collected Rs. 23.53 crores in 4 days which is way below expectations. It must indeed be disappointing for Sidharth Malhotra and Katrina Kaif who had invested their faith in this film that actually promised to be different.

Freaky Ali too just about hung on and collected Rs. 1.5 crores on Monday. The film has touched the Rs. 10 crores mark, though these should ideally have been the numbers over the weekend itself. Looking at the merits of the film, especially considering a rollicking first half, one would have expected higher numbers for the Nawazuddin Siddiqui starrer.

A decade ago, the industry had put faith on Vinay Pathak on the same lines after Bheja Fry, though the success was limited for the talented actor. Nawazuddin Siddiqui still needs to score a boundary with something like Bheja Fry where he is the central protagonist. That said, one just hopes that makers continue to have faith in his abilities as an actor and invest wisely on him so that he can pull off a film on his shoulders.