De De Pyaar De has entered the Rs. 100 Crore Club. The film started on a relatively low note if one considers great expectations that one had from it. In fact it had seemed that the film would take an opening in Rs. 15-16 crores range but it fell way short of that mark by bringing only Rs. 9.42 crores on its first day. 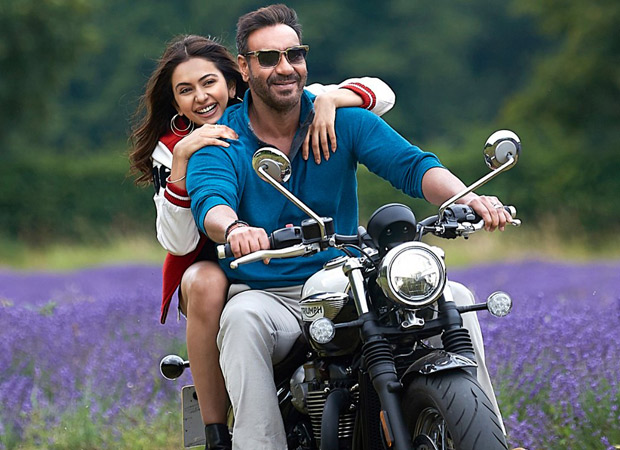 However, word of mouth started catching up well for the film and eventually it has now managed to go past the 100 crores mark. The film did benefit from weak competition [India's Most Wanted, PM Narendra Modi] and then an open week ahead. However, it has managed to survive the mid-week release of Bharat and still managed to find decent footfalls going for it at select theaters where it is playing.

As for Ajay Devgn, the film is a huge milestone for him as De De Pyaar De is now his tenth century in Bollywood. Also, this is his fourth century in a row after Golmaal Again, Raid and Total Dhamaal. Let's take a look at the lifetime number of all Ajay Devgn centuries so far:

In the process, the film has also scored quite a few other records. Director Akiv Ali has debuted in Bollywood with a Rs. 100 Crore Club Hit. Producers Luv Ranjan and Bhushan Kumar have managed yet another biggie after Sonu Ke Titu Ki Sweety. Tabu has scored another success with Ajay Devgn after Golmaal Again and Drishyam. As for Rakul Preet Singh, she has made her entry into the Rs. 100 Crore Club with this romcom entertainer.