Ayushmann Khurrana's Anek has shown a poor trend at the box office in its opening weekend. After collecting Rs 2.11 crore on Friday, the movie jumped to Rs. 2.30 crores on Saturday to take the two day total to Rs. 4.40 crores. And then, the unexpected thing happened on Sunday as Anek showcased a drop in collections. 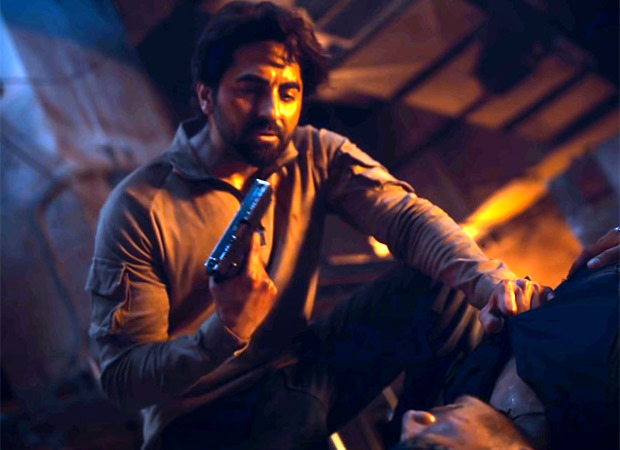 According to early estimates, the movie has collected in the range of Rs 1.95 crore to 2.15 crore on Sunday to take opening weekend total to Rs. 6.50 crores. These are extremely low numbers and the word of mouth isn't encouraging either, which means that the lifetime collections of Anek would be lower than Rs. 15 crores.

The mid-sized content based films are just not working at the box office and Anek has joined the list. The film was on par Sunday until 7 pm and then the drop came in the post 7 pm shows. The drop in collections was higher than usual due to the IPL final, and hence, the final figures of Anek could be even lower than the aforementioned estimates. The collections of shows at 7.30 pm, 8 pm, 8.30 pm and 9 pm were dismal.