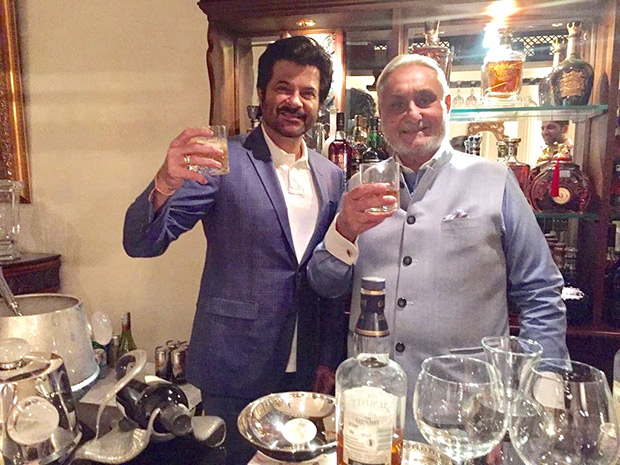 Harshvardhan Kapoor, who is only one movie old in the industry, is already taking up some interesting projects. It was only a few weeks ago when Harshvardhan Kapoor took everyone by surprise when he met Olympic gold medalist Abhinav Bindra. Sharing a picture with the Olympian, Harshvardhan Kapoor had confirmed that he was all set to play the ace shooter in his biopic.

Now, there is another exciting news that has come into limelight. There were speculations that Anil Kapoor was approached to play Harshvardhan's father in Abhinav Bindra biopic. On Tuesday, Harsh confirmed that his real-life dad is going to be his reel life dad as well. Anil Kapoor met and Apjit Bindra (Abhinav Bindra's father) where they were seen raising a toast. He captioned it, "The reel and real-life dads met and raised a toast to the start of this amazing project. Dad beat me to the meeting with Bindra senior and has already started his prep! Can't wait to be back and start work on this full swing! #BindraBiopic #LetsDoThis #ActorsLife @anilskapoor."

Well, this would be the very first time that Harshvardhan Kapoor and Anil Kapoor will share screen space for a film. Abhinav Bindra had won India's first individual gold medal at the 2008 Beijing Olympics. His biopic will tell his story and his relationship with his father. The biopic is scheduled to go on floors by October and hit the screens sometime next year.