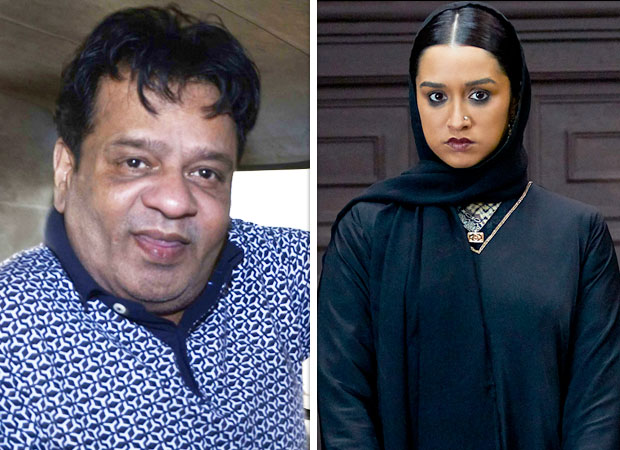 Iqbal Kaskar, whose alleged involvement in several cases, was recently taken down by the police officials in Thane [outskirts of Mumbai] at Parkar’s residence. On the other hand, the film Haseena Parkar based on the life journey of Dawood Ibrahim and his sister is already facing a few troubles and this arrest has now been linked to the film.

The timely arrest of Iqbal Kaskar has raised several suspicions in the minds of police authorities with one of them being his involvement with the film Haseena Parkar featuring Shraddha Kapoor in the lead role. Reportedly, the police suspects Kaskar of funding for the film Haseena Parkar which is based on one of his siblings. The gangster is accused of running his D-Company from Parkar’s home in Nagpada after her death.

Three others who have been arrested along with Kaskar include Mohammed Yasin Khwaja Shaikh, Iqbal Ismail Parkar and Navan Fernando. Pradeep Sharma who has led the operation of arresting Kaskar has revealed that he will be produced in the Thane court and will be sent to custody for eight days.

Kaskar has been arrested after a case was registered against him at Kasarwadavli police station. This further led to names of other corporators and businessmen who have been a partner in crime for some of these extortion cases. The police will make an arrest only after they gather evidences. There are also talks about the authorities taking help of Enforcement Dictorate to discover more details on the extortion cases.

Talking about the film Haseena Parkar, the film is based on the life journey of Haseena Parkar, fondly known as Aapa, who was accused of being an accomplice in the illegal activities of one of the most dreaded gangsters and her brother Dawood Ibrahim.

Starring Shraddha Kapoor and Siddhanth Kapoor in lead roles of Haseena and Dawood, the film is directed by Apoorva Lakhia and it is slated to release on September 22.