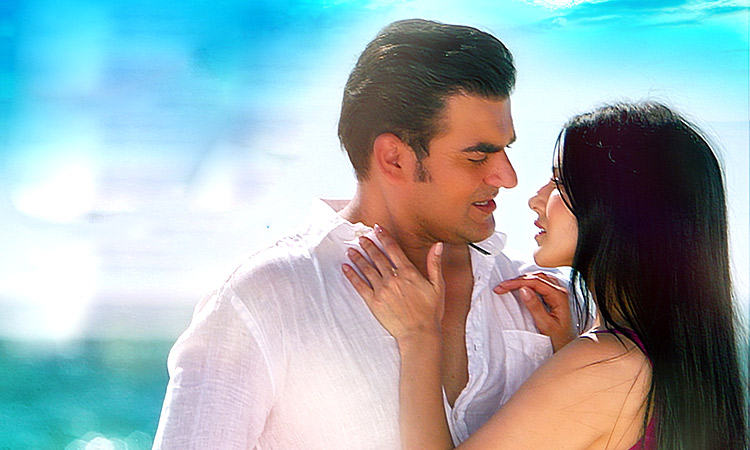 You don't really carry too many expectations from the soundtrack of Tera Intezar. Of late, music of Sunny Leone films hasn't really turned popular and hence you are a tad apprehensive about checking out what Tera Intezar has in store. However, as you play on the music, there are some pleasant surprises in store, courtesy composer Raaj Aashoo and lyricist Shabbir Ahmed.

It is a sweet beginning for the film as 'Intezaar Title' comes right at the onset with the voice of Shreya Ghoshal taking it to a different level. The singer has been choosing her songs quite sparsely of late and hence this one had to be indeed special. This actually turns out to be the case as the romantic poetic number has a serene feel to it with trademark Shreya Ghoshal sound to it. This one can well be played on loop.

As for those hunting for a quintessential Sunny Leone number, there is 'Barbie Girl' which has Lil Golu taking care of the rap portion before Swati Sharma takes over. There have been quite a few songs like this for which Meet Bros., Kanika Kapoor and Sunny Leone have collaborated in the past and now that Swati Sharma sings for Raaj Aashoo, results are on similar lines. Not that the song is a next chartbuster in the offering but still for Sunny fans, this one (with Hritiqa Chheber chipping in as a female rapper) turns out to be a foot-tapping affair.

Album returns to its serene feel soon enough though with Armaan Malik coming up with a classy rendition all over again for 'Khali Khali Dil'. A beautiful number that has Payal Dev providing good support to Armaan, this one turns out to be a heartfelt romantic number that is time and again a safe bet when it comes to Hindi film music. Hear this one and you would pick it up with glee.

The mood stays consistent thereafter too, what with 'Mehfooz' arriving next. The song has as many as three versions going for it, what with Yasser Dessai, Palak Muchhal and Hrishikesh Chury going for a solo each. This one connects quite smoothly with 'Khali Khali Dil' that was played just a little while ago and you actually want to hear it on a repeat mode. This is the reason why the song's three versions help as you get hooked on to the sound over a period of time. Also, you don't have to really pick one amongst the three versions as each of these works just fine.

A sad song concludes the album, what with 'Abhagi Piya Ki' arriving in a couple of versions. While the first one has Kanika Kapoor and Raja Hasan pairing up with Ustaad Ahmed Hussain and Ustaad Mohammed Hussain chipping in with their classical rendition, latter has Payal Dev and Javed Ali sing in tandem. Honestly, one just can't relate a sound like this with a Sunny Leone starrer and hence there is good curiosity to check out how it fits into the film's narrative. Nonetheless, the situational song makes for a decent hearing though it doesn't carry much ammunition to make an impression outside the film.

Music of Tera Intezar turns out to be much more than just a decent hear actually. There are a couple of songs at least which have it in them to find a place in your playlist.