Movie Review: Keeping with legacy, Star Wars The Last Jedi includes all metrics from performances to impeccable writing and stellar direction. This could well be termed as one of the new age classics. 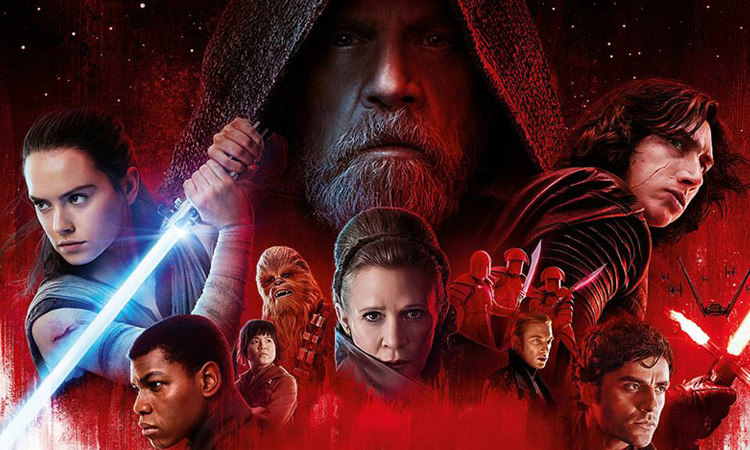 Making a sci-fi film of late has become considerably easier with the advancements in technology. However developing a script and story that truly redefines the genre and holds the viewer in rapture is something that only a few have perfected. This week’s release STAR WARS: THE LAST JEDI that comes as the eighth instalment in the epic Star Wars franchise boasts of both these aspects, good visuals coupled with a good script and story. But will the film that already enjoys a massive cult like fan following set new benchmarks at the Indian box office is the question we analyze.

Before we start, since STAR WARS: THE LAST JEDI is a continuation in a long line of films, there will definitely be throwback references to the previous films, so just in case you think of taking the time to watch this part without an inkling of the previous, you will be left with unanswered questions. STAR WARS: THE LAST JEDI starts off with the Resistance led by Princess Leia on the run from the First Order that have taken over the galaxy. In a bit to expand their reach across the galaxy, The First Order under the leadership of Supreme Leader Snoke and his lieutenants Kylo Ren and General Hux, have all but obliterated the existence of the Resistance. In the meantime, Rey who had set out on a quest to find Luke Skywalker and being him back to lead the resistance finds the Jedi master who has long since cut himself from the force. Will Rey manage to convince Luke Skywalker to return to the Resistance and fight against the first order? Will Kylo Ren surmount his inner turmoil and become a worthy heir to the Darth Vader mantle? Will the Resistance be vanquished leaving the tyrannical First Order to rule unopposed are some of the questions the film answers.

Much like the previous films in the series, STAR WARS: THE LAST JEDI boasts of some of the best cinematography that leaves viewers agape. Coupled with this, the seamless visual effects (VFX) and well developed characters, tight script and good screenplay work magic on the big screen. Right from the start, the viewer is transported to the galaxy the previous films have developed, the expanse of the void where the intergalactic battle plays out is awe inspiring, just like the foliage and real world locations that have been used in the film. Though the first half of the film does come across as a bit slow in pace, the happenings on screen do keep you hooked. However, post the interval the pace of the film picks up greatly with light saber battles and of course a grand revelation that Rey happens across. It is here, in the second half of the film where characters that have been laid out in the first come into play. Adding another layer to the film is the lineage it comes from, with the multitude of characters who in this final hour assemble to restore the balance.

Talking about performances, the cast is impeccable right from Daisy Ridley as Rey to Benicio del Toro who is there in a rather limited role as the Master Code Breaker. While Ridley has evolved quite a bit since her last outing as Rey in the franchise, her evolution is plainly visible in the way she handles her mantle and deals with the situations. Adam Driver as Kylo Ren wasn’t quite appreciated in the previous film, however in The Last Jedi, Driver has more than managed to fill the void left behind by Darth Vader, and emerges as a worthy successor.  Mark Hammil, Oscar Isaac and Carrie Fischer as Luke Skywalker, Poe Dameron and Princess Leia do a perfect job with their characters. Similarly, John Boyega as Finn, the deserting Stormtrooper, does a stellar job of being the accidental hero who wears his heart on his sleeve.

With the cast putting up stellar performances all around, the scripting and story of the film are left with a major onus of being able to keep up. Rian Johnson and George Lucas who have written and developed the characters of the film prove to be more than capable of interweaving each character’s story line with the main subject. In fact, the flawless progression of the story despite the slow moments and the interspersed comic element (which could have been better) make for a wholesome watch. Director Rian Johnson has done a marvellous job of capturing the galactic adventure on a large scale and assisting him with an impeccable background score is John Williams. Interestingly, the background score of the film merges well with the onscreen progressions transporting the viewer into the Star Wars world, while at the same time building up the tempo for a hair-raising climax.

On the whole, STAR WARS: THE LAST JEDI that aims to please sci-fi fans and of course Star Wars fans across the world could well be termed as one of the new age classics or at least one of the best sequels ever made. However, the lengthy run time of 2 hours 32 minutes might act as a spoiler, but the feeling of grandeur and thrill that one witnesses more than makes up for it.

In the end, STAR WARS: THE LAST JEDI is an intergalactic saga that is definitely a must watch. Being the only major release of the week and given the huge popularity of the franchise, the film should well at the Indian box office.

WHAT? Sunny Deol says Gadar Ek Prem Katha is like Star Wars for him!

WOAH! Prince William and Prince Harry have a blast at the Star Wars premiere in London