Movie Review: Laila Majnu though embellished with some fine performances it is not meant for the mainstream audience.

When you have a soundtrack that goes by the name Laila Majnu, you brace for an out and out romantic album. Moreover, with the name Imtiaz Ali associated with the film (that has Sajid Ali as the director), you are further assured of some good classy music. Once you read the name Irshad Kamil as the lyricist, you pretty much get an idea of what's in store. As for the composers, Niladri Kumar and Joi Barua divide 10 songs between them. 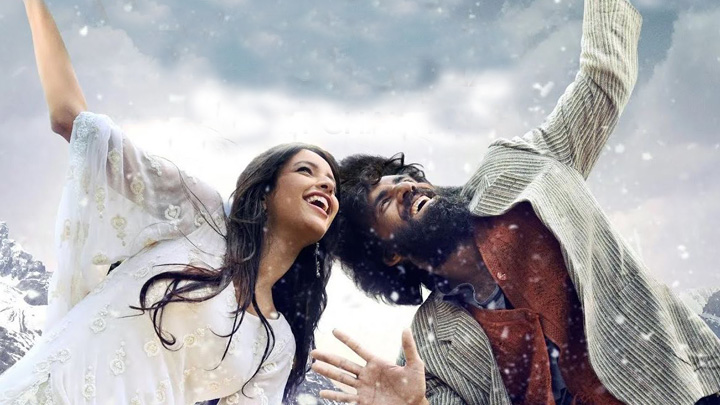 Jonita Gandhi kick-starts the proceedings with 'Aahista' that indeed moves ahead at a very 'ahista' pace. A love song that is just in the kind of territory that one expects in an Imtiaz Ali film, 'Aahista' has a laidback feel to it and simmers on with a passage of time. Not that the song may turn out to be a chartbuster over a period of time. However, with Arijit Singh joining Jonita behind the mike for this Niladri Kumar composition, it makes for a pleasant outing for sure.

The song that follows turns out to be a better outing though as Atif Aslam and Jyotica Tangri come together for ‘O’ Meri Laila'. This one has a good pace to it with a good Kashmiri backdrop to it in terms of composition and styling, and makes for a largely lively outing. Joi Barua brings in an old world charm to this love song that has some good lyrics by Irshad Kamil and ensures that you play this one in loop. No wonder, there is a 'Radio Version' added in the soundtrack as well which makes for a good impression all over again.

Niladri Kumar is the composer for the song that follows, 'Tum', which appears in two versions. While the first is rendered by Atif Aslam, second has Javed Ali coming behind the mike. This one too takes you straight to Kashmir in the way it begins and somehow comes quite close to the style that 'Aahista' carried. A love song with a sad feel to it in the way it progresses, this one is purely situational and doesn't quite leave the kind of impact that you remember it enough to hum it along even after repeated hearing.

If the film has the name Imtiaz Ali attached to it, there is never a doubt around Mohit Chauhan making an appearance in the soundtrack. This is what happens when Niladri Kumar brings the singer on board for 'Hafiz Hafiz'. Though the song has a slow beginning to it, it does catch pace by the time the hook-line 'Hafiz Hafiz' arrives. From there on the song moves ahead at a relentless pace and you like it enough to add it to your playlist.

Next to arrive is 'Sarphiri', a simple track by Niladri Kumar which is rendered by Shreya Ghoshal and Babul Supriyo. This one again has a situational appeal to it and while it moves on at a leisurely pace, you are okay with the flow. That said, you just wonder how it would fit into the film's narrative, lest it brings down its pace due to its slow movement.

There is liveliness that returns to the proceedings with Joi Barua composing 'Gayee Kaam Se'. Yet another song that has an old world feel to it, this one has Dev Negi leading the show along with Amit Sharma and Meenal Jain. A number which appreciates the beauty of the girl in picture and how everyone around is pretty much mad about her, one waits to see how this one has been picturised for screen.

The next couple of songs which follow have Kashmiri lyrics as well, and the first to come is 'Lala Zula Zalio'. Composed by Joi Barua (who also steps in as a singer), this one has a mix of English and Hindi lyrics too and carries an 80s feel to it. Somehow one remembers the kind of songs that were composed for Mithun Chakraborty in his post Disco Dancer days and one wonders how this one, with Frankie (Kashmiri) and Sunidhi Chauhan as the singers, would appear in the film.

On the other hand Alif is the guest composer for 'Katyu Chuko' which has Mohammad Muneem stepping in as the singer. The number needed authentic Kashmiri composition, lyrics and singing, and this is what the team brings on board with Mehmood Gaami and Mohammad Muneem contributing with the lyrics. Yet again, this one is a strictly situational track which moves at a very slow pace and is set as a background piece.

The music of Laila Majnu may not emerge as legendary as the classic story itself. However, some of the songs do make an impression hence making one play them again.