Five years after Inkaar, filmmaker Sudhir Mishra is coming back with Daas Dev. A redux on Devdas, one looks forward to what the film has to offer. Meanwhile, the music (with multiple composers, lyricists and singers) too is bound to be unconventional for sure. 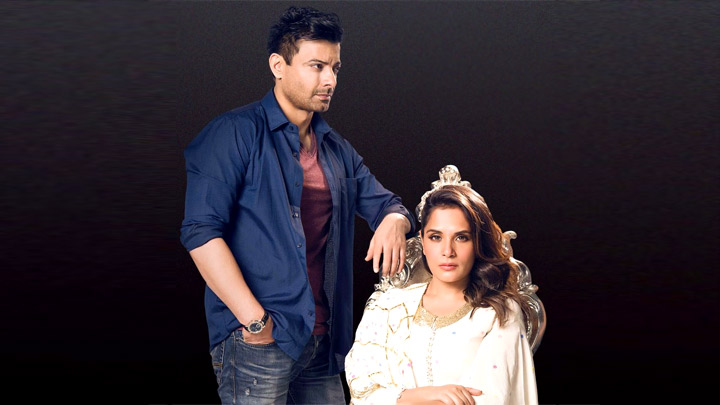 It is a very uncharacteristic Atif Aslam that you hear in 'Sehmi Hai Dhadkan', the opening track of Daas Dev. Composer Vipin Patwa and lyricist Dr. Sagar come together for this number that appears to be quite an unconventional choice for an opening number in an album. A poetic track that has a sad tone to it, this one ironically doesn't really impress much despite being the flagship song of Daas Dev.

There is some sort of energy though in the second song of Daas Dev, 'Rangdaari'. Composer, lyricist and singer Arko P Mukherjee puts together this sufi-rock number where he pairs up with Navraj Hans behind the mike and also collaborates with Munir Niazi on the lyrics. A well rounded number that has an impressive hook to it, one looks forward to how it is brought on screen since this one truly carries good potential.

The one which doesn't have in it to cover much of a distance though is Sandesh Shandilya composed and Deepak Ramola written 'Challa Chaap Chunariya'. Despite the fact that Rekha Bharadwaj is roped in as a singer for this folk sounding track, there isn't anything about it that makes you give it much of a hearing. It tries to fuse with the lounge sound but not to much avail.

Sandesh Shandilya composed one more track for Daas Dev, this time in collaboration with lyricist Faiz Ahmad Faiz for 'Raat Din Yunhi'. A better effort by Sandesh when compared to the song before this, this one has Papon and Shradha Mishra coming together for an outing which has a 70s feel to it. After 'Rangdaari', this is another song that manages to at least leave an impression of being fit for the situation in the film.

Yet another situational song comes in next in the form of Swanand Kirkire sung 'Azaad Kar'. This one is set in the 60s mode, courtesy composer Anupama Raag and lyricist Gaurav Solanki. A slow moving track which doesn't really have an uplifting feel to it, one wonders how it would help in keeping pace with the film's narrative. However, one expects Bulle Shah's 'Tain To Uttey' to do the needful though. It comes in next with Vipin Patwa as the composer where Javed Bashir is roped in as a singer. A folk sufi track, this one does compliment the mood and flavor of 'Rangdaari'.

Last to arrive is Shamir Tandon composed and Sameer Anjan written 'Marne Ka Shauk' which has Papon & Krishna Berua coming behind the mike. A song about self pity where the protagonist is happy to see his life go past his eyes, this one could well aid the storytelling of Daas Dev, especially since it makes one recollect the legend of 'Devdas'.

Strictly situational, and just about.