Last week, we shared a photo of Aamir Khan hosting a screening of Laal Singh Chaddha, especially for celebrities from the South industry at Chiranjeevi’s home. Readers would be aware that the film marks the Bollywood debut of star kid and popular actor Naga Chaitanya. Present at the screening was the actor along with his superstar father Nagarjuna. The screening also saw megastar Chiranjeevi and renowned filmmaker SS Rajamouli gracing it with their presence. 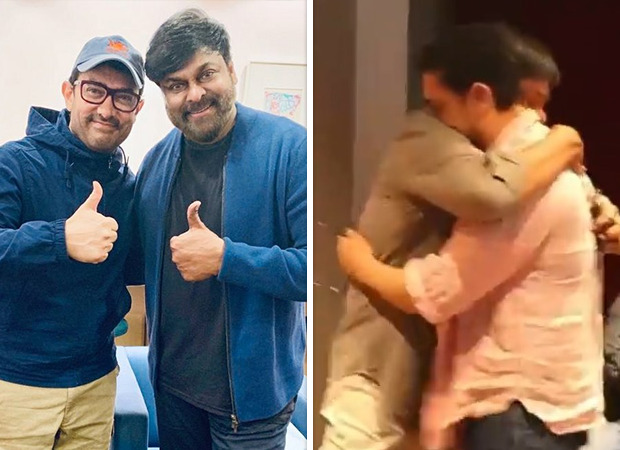 After the screening, an impressed Chiranjeevi took to Instagram to share a video which gave audiences a glimpse of what happened at the screening. It seems that the film really moved every one of them; later, the teary-eyed megastar went on to hug the Bollywood superstar for his immense hard work.

He also posted a heartfelt note along with the video speaking about how he came to be associated with the movie. He said, “Fascinating how a chance meeting & a little chat with my dear friend #AamirKhan @Kyoto airport - Japan, few years ago led to me becoming a part of his dream project #LaalSinghChaddha Thank You #AamirKhan for the exclusive preview at my home. Heartened by your warm warm gesture. Most of all, what a Gem of a film you have made!! ???? Such a wonderful emotional journey!! #NagarjunaAkkineni @ssrajamouli @aryasukku @chayakkineni @alwaysramcharan.” Here, have a look at the video:

Speaking of Laal Singh Chaddha, the film is a remake of the Tom Hanks starrer Forrest Gump. With Kareena Kapoor Khan as the leading lady, the film is directed by Secret Superstar fame Advait Chandan. It is slated to release on August 11, 2022.