R Madhavan and Anushka Shetty will be coming together in what is expected to be a one of a kind horror film Nishabdam.  The director of the film Hemant Madhukar took to social media to announce about the film going on floor wherein he shared a few pictures of the clapperboard and also a video of his first shot. There are many speculations regarding the film and amongst them it is being said that Anushka may be seen as a differently abled person in the film. 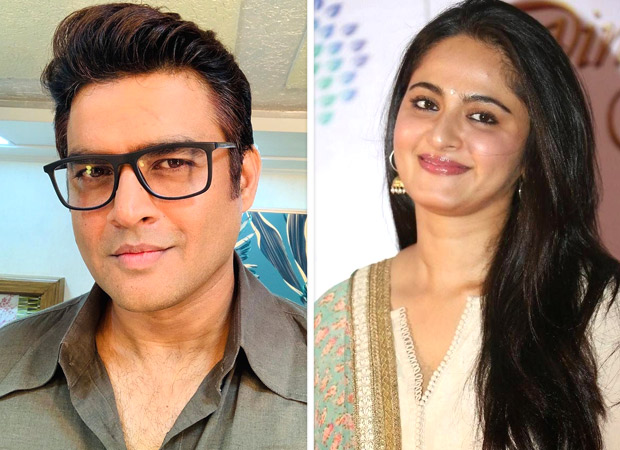 Readers would be aware that besides Madhavan and Anushka Shetty, the film also stars Shalini Pandey, Subbaraju, Anjali, Avasarala Srinivas amongst others. Besides them, the film also boasts of Hollywood star cast. Actress Anjali has mentioned in reports that the film will also have American actor Michale Madsen who has acted in over 100 Hollywood films. The said film will mark his debut in the Tollywood industry. Here’s a look at the posts shared by the director and the producer of the film.

The first shot for the film was taken in Hyderabad.  However, an extensive schedule has been planned for the film in the U.S. As mentioned before, this is the first crossover kind of film and is also expected to be a trilingual as it will be shot in Telugu, Tamil and English. We hear that Anushka Shetty, who has been quite well-versed with the thriller genre, had to undergo some physical training to get fit for her role in this film.

Also Read: Woah! This video from Bahubali 2 promotions of Prabhas, Anushka Shetty and Tamannaah Bhatia is going VIRAL; find out why!