Well Pranushka fans seem to be on the moon today with this video doing the rounds on social media. And there is a specific reason for it. Pranushka – aka the specific name coined by the fans of Prabhas and Anushka Shetty became quite famous after the release of Bahubali series. The film featured them as a married couple as well as a mother-son duo. And now after two years, a video from the promotions of Bahubali 2 has found its way on the internet and it features Prabhas, Anushka Shetty and Tamannaah Bhatia. It seems the fans had their own interpretation of this eight second video and it will definitely leave you with smile! 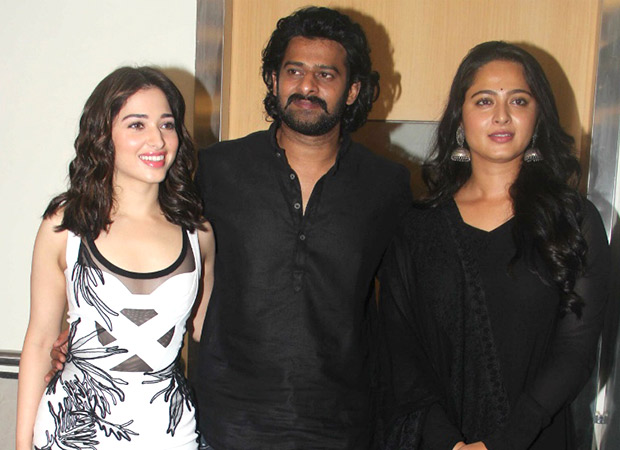 This video features Tamannaah Bhatia sitting between Anushka Shetty and Prabhas during the promotions seem to have attracted attention owing to the fans’ interpretation of what their Bahubali actor trying to convey! While neither of the stars are seen speaking to each other, going by the hand gestures and action of Prabhas in the video, it looks like he was asking Anushka to sit next to him, leaving a visibly embarrassed Tamannaah who later seems to offer to shift! Amidst all these, Pranushka fans also believe that Anushka had blushed when Prabhas asked her to sit next to her! We wonder what the actors will have to say when they come across this video!

On the work front, Prabhas will be making his Bollywood debut this year with the multi lingual film, Saaho that is directed by Sujeeth. It stars Shraddha Kapoor, Neil Nitin Mukesh and many other Bollywood celebs in prominent roles. It is slated to release on August 15.

Also Read: Saaho – This romantic photo of Shraddha Kapoor and Prabhas gets LEAKED from the sets of the film!