Ponniyin Selvan is a Tamil historical drama movie directed by Mani Ratnam and the shoot is currently going on in the French colonial settlement of India, Pondicherry. Master Raaghavan Murugan posted pictures with his co-star Aishwarya Rai from the sets of their movie Ponniyin Selvan. 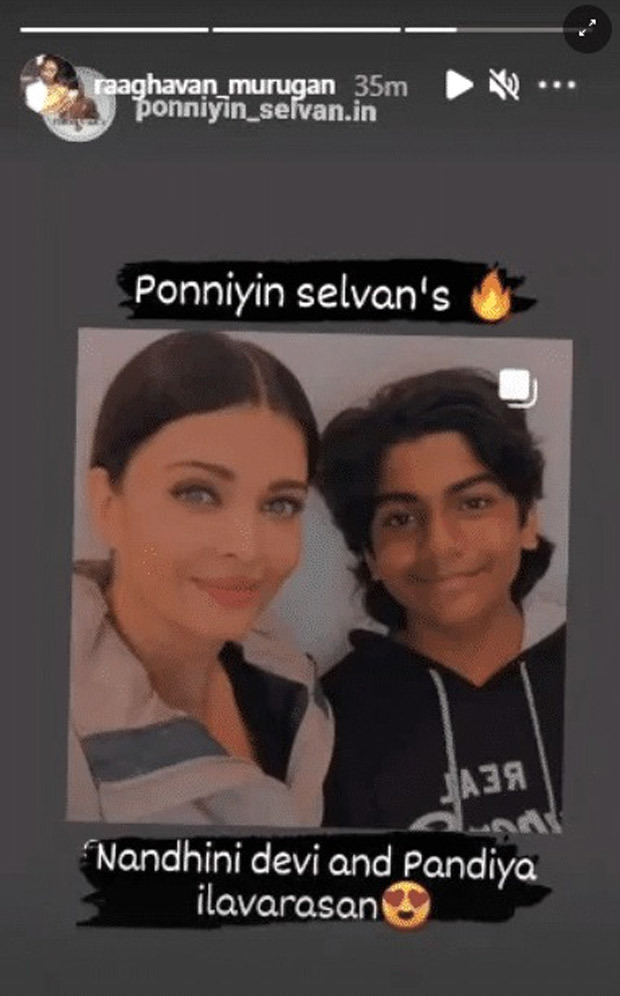 The young actor clicked the pictures with the beautiful actress during their break time and immediately uploaded them on his Instagram. He captioned it, "With @aishwaryaraibachchan_arb mam at the break of #ponniyinselvan shoot and that was a great experience acting with her". Prior to meeting Raaghavan, Aishwarya also met Sarathkumar's daughters Varalaxmi and Pooja. The duo had come especially to meet the lovely actress and clicked pictures with Abhishek, Aishwarya, and Aaradhya Bachchan.

Raaghavan went ahead and also re-shared his post on Instagram stories and accidentally revealed the character names of his and Aishwarya's. He wrote that she will play Nandhini Devi and he will play Pandiya ilavarasan. Mani Ratnam's Ponniyin Selvan stars Aishwarya Rai Bachchan, Chiyaan Vikram, Trisha, Jayam Ravi, Karthi, Aishwarya Lekshmi, Sarathkumar, Sobhita Dhulipala, and Jayaram. The shoot was stopped due to Covid-19 but was resumed in July in Pondicherry.