Superstar Mahesh Babu has been constantly scoring blockbusters, thanks to his exceptional judgment of scripts. The leading star of Tollywood is presently doing Sarkaru Vaari Paata with director Parasuram Petla helming it under Mythri Movie Makers, GMB Entertainment, and 14 Reels Plus banners. 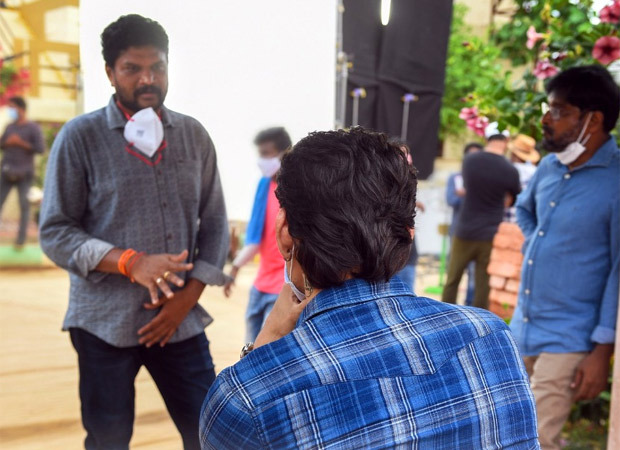 The film has been making huge noise ever since it was announced. The title Sarkaru Vaari Paata and Mahesh Babu’s look in the poster grabbed everyone’s attention. Keerthy Suresh is roped in to play Mahesh Babu’s love interest in the film to be produced jointly by Naveen Yerneni, Y. Ravi Shankar, Ram Achanta, and Gopichand Achanta.

Superstar is back in AuCTION ????#SarkaruVaariPaata resumes its shoot ????#SVPShootResumes ????

Sarkaru Vaari Paata has completed its first schedule in Dubai and the team has resumed the new shooting schedule today in Hyderabad. Key scenes will be shot on the lead cast in this schedule.

Thaman SS who delivered innumerable chartbuster albums in the last couple of years is tuning music for the film that has cinematography handled by R Madhi. Marthand K Venkatesh is the editor, while AS Prakash is art director.